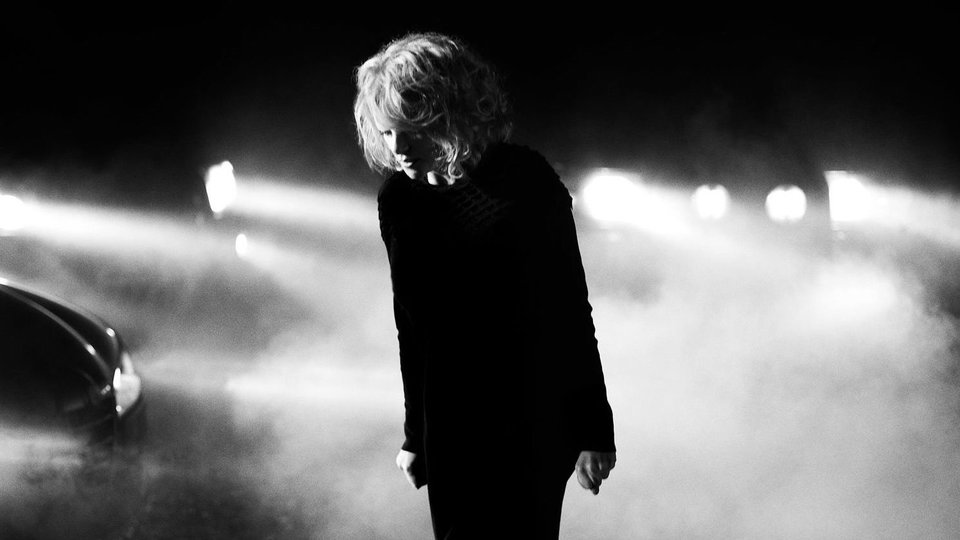 The famous dichotomy of Goldfrapp – to speak reductively, the alternation between gentler, considered sounds and, hard, heavy, synth-laden disco – was never more apparent than at last night’s performance at Hammersmith Apollo, the last date of a mini-tour to support the orchestral brilliance of their most recent album Tales Of Us.

The first half of the evening was almost entirely dedicated to this thoughtful, noirish record. There were textured, layered strings in abundance (especially moving on Clay), underlining and sometimes isolating Alison Goldfrapp’s fairy-like, otherworldly crystal clear voice (thus exposing one or two minuscule vocal cracks). Each narrative-driven track was prefaced with the briefest of explanations from its writer (‘This one’s about a girl trapped inside the body of a boy’ she says of Annabel, one of the album’s most haunting, slow-burning compositions). Every performance was effortlessly beautiful, but given the deathly silences between tracks (where coughs and the sudden bang of a door seems unnaturally loud), it’s fair to say the huge Apollo is not the ideal venue for such delicacy.

The evening took an unexpected turn when the band began an epic detour into some of the many jewels from their extensive back catalogue. The cheeky electro of Number 1 (Supernature) was met with something of a cry of relief from some – at last, the die-hard fans had an excuse to get on their feet. Upon the frustratingly restrained folk of Seventh Tree’s Clowns or the eerie loveliness of Felt Mountain’s Lovely Head, however, most sat down again (see what we mean about the alternation?). However, a slew of powerful fan favourites – elevated by canny laser trickery and splashes of colour – sent the energy soaring. The likes of Ooh La La and Strict Machine were performed with a characteristic sense of coolness and sureness (the sight of Alison’s achingly aloof black cape blown this way and that by a wind machine: inexplicably brilliant). These stood in contrast to a slightly weaker performance of Thea (Tales of Us’s standout track and the only to feature an epic sense of percussion) where a certain confidence was lacking, and speed overestimated. Perhaps the track would’ve benefited from appearing earlier in the set.

The lack of encore was a real shame, and while a lot of ground was covered, the set in its entirety seemed a little on the short side. It may sound pedantic, but an exploration of Tales of Us in a smaller venue would’ve been interesting, while a bombastic revisiting of all the hits in a huge venue is always welcome. But ultimately, this amalgamation of the two did not disappoint, and perhaps reflects Goldfrapp’s indefinability. The music is as gorgeous and beguiling as ever – and so is Alison.

Advertisement. Scroll to continue reading.
In this article:Goldfrapp