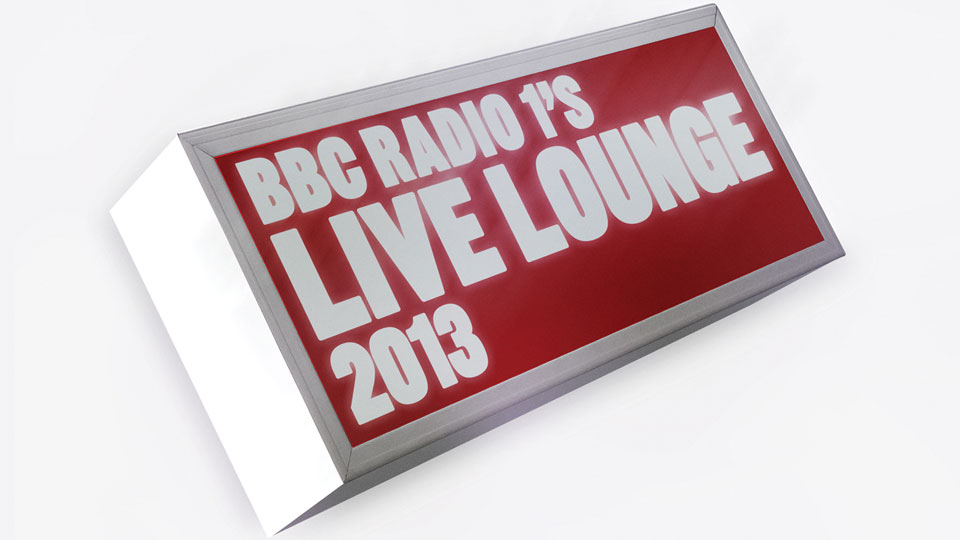 In time for Christmas BBC Radio 1 is releasing the latest instalment of their Live Lounge series. The Live Lounge is one of the highlights of the Radio 1 schedule and it attracts some of the biggest names in the industry performing their own hits or putting their spin on other chart hits. Live Lounge 2013 contains 40 tracks spread over 2 discs giving you a considerable amount of music to enjoy.

The collection kicks off with Rudimental and Ella Eyre performing their hit Waiting All Night before really diving into the variety it has to offer. As always with these releases it’s the unexpected cover versions that prove to be the highlights. Robin Thicke offers up a gentle version of Icona Pop’s I Love It which injects a bit of soul into the previously rowdy chart hit whilst Little Mix get their folk on for a cover of Mumford & Sons’ I Will Wait.

We should give credit to Gabrielle Aplin for turning One Direction’s throwaway pop song Best Song Ever into a haunting folk song. We also quite liked Vampire Weekend’s rather straightforward cover of Robin Thicke’s Blurred Lines. Disclosure and Sam Smith recreate Duke Dumont and A*M*E’s smash 100% to round the collection off and we love their take on it.

Of the artists performing their own songs live Rita Ora provides an interesting rendition of her hit Radioactive stripping it back to basics, Imagine Dragon’s do a great acoustic version of It’s Time, and  Jason Derulo’s funky Talk Dirty sounds great live too.

Of course there are some terrible covers included here. Jared Leto struggles to stay in tune on Thirty Seconds To Mars’ version of Rihanna’s Stay and Olly Murs has a falsetto issue on his version of Swedish House Mafia’s Don’t You Worry Child. Daughter manage to suck the life out of Daft Punk’s smash-hit Get Lucky whilst the worst cover version goes to Theme Park for murdering Macklemore and Ryan Lewis’ Thrift Shop failing to enunciate any word for the entire duration of the song.

As always with BBC Radio 1’s Live Lounge the end result is ultimately a mixed bag. It will depend how much you like the artists and songs as to how much you enjoy it. We found the collection a bit patchy but with some great moments. Fans of the station will lap it up and there’s definitely plenty here worth parting with your money for.