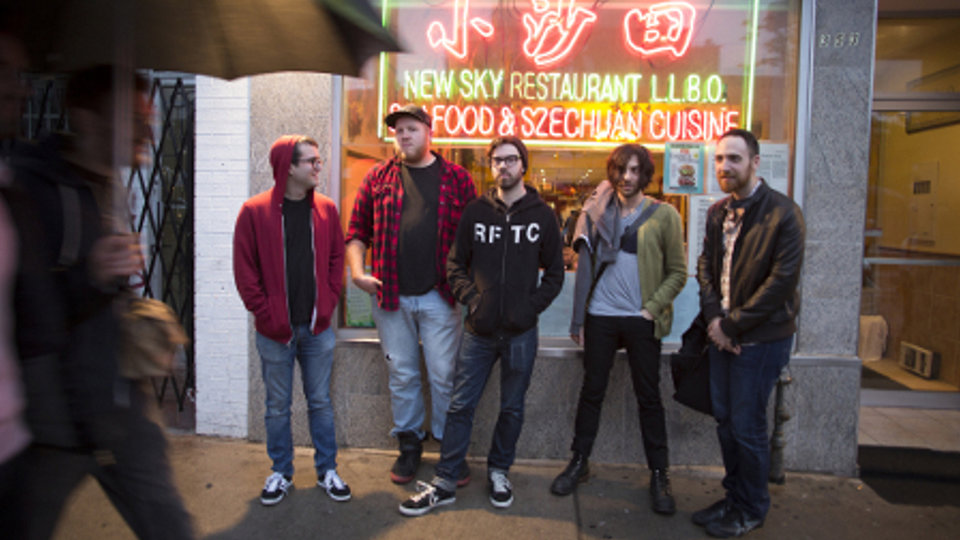 Hailing from Toronto, Neon Windbreaker is a five-piece band treading between noise-rock and melodic structures. The band formed back in 2010 and has since played across Canada and the United States. Neon Windbreaker have toured with the likes of Pissed Jeans, Do Make Say Think, Male Bonding, DD/MM/YYYY, Monotonix, This Will Destroy You amongst others.

The band’s new EP, New Sky is only seven and half minutes long and packs 5 new tracks. On top of that Neon Windbreaker have also revealed their DIY video for the track Pink Suit, which features on the EP.

You can also catch the band on the following dates: