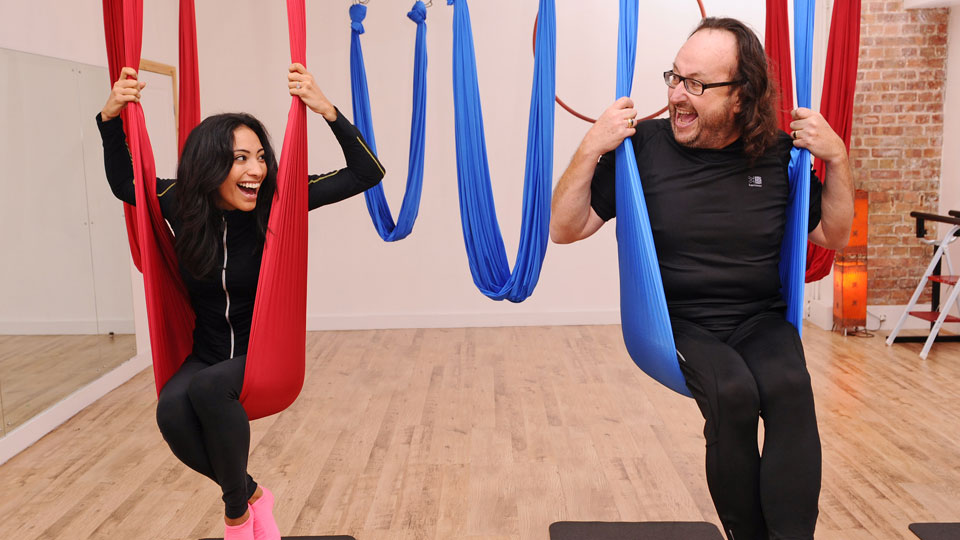 Ahead of tonight’s Strictly Come Dancing live show Hairy Biker Dave Myers and his partner Karen Hauer have stepped up their training.

The couple went to an anti-gravity yoga class earlier in the week to work on Dave’s posture. Despite receiving his best score from the judges last week, Darcey told him he needed help with his posture as it was letting him down.

During the class Dave and Karen found themselves in a variety of positions in the hammock-like slings including the womb, the vampire and the bat.

On tonight’s show Dave and Karen will perform the Salsa to Cuban Pete by Jim Carrey which was featured in hit film The Mask. Karen told him that for this dance he needs “juicy knees and juicy legs”. Keen not to become the comedy act of the night however she explained: “It’s a fun dance but we have to dance it professionally.” Dave agreed: “I’m not trying to be a comedy act. It’s a fun dance, it’s not a comedy dance.”

Check out some pictures below: