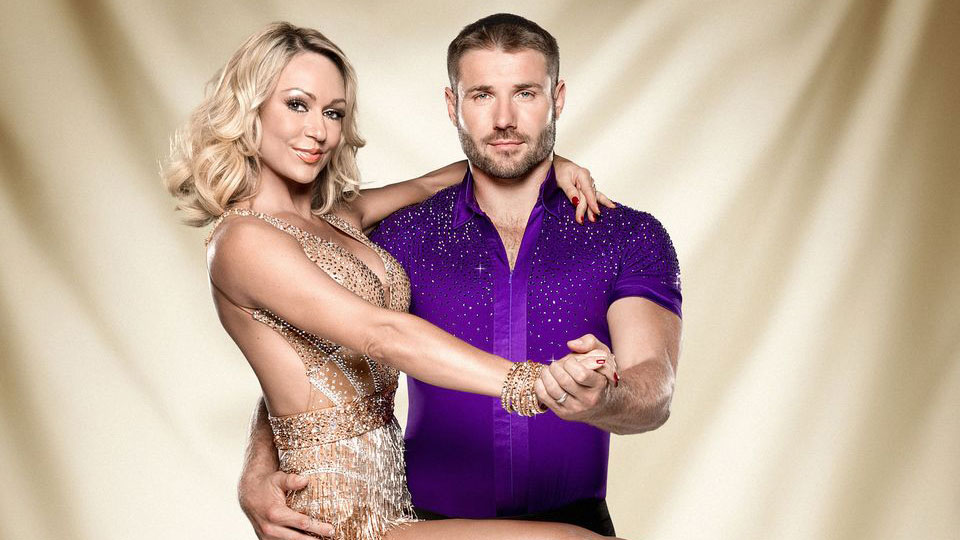 Last week’s Strictly Come Dancing saw Natalie Gumede, Abbey Clancy and Sophie Ellis-Bextor at the top of the leaderboard as the competition got even more fierce.

It’s really hard to tell this year who’s going to make it to the final as the standard is incredibly high. With the exit of Julien Macdonald last week, the competition is really hotting up and week 5 should be full of surprises.

The BBC has released information about the songs and dances for each couple ahead of the live show on Saturday:

Ashley and Ola will be Jiving to the rock ‘n’ roll classic ‘Johnny B Goode’ by Chuck Berry.
Abbey and Aljaz will perform the Foxtrot to Olly Murs’ ‘Dear Darlin’.
Patrick and Anya will Salsa to ‘Wings’ by Little Mix.
Rachel and Pasha will perform the Paso Doble to ‘Maneater’ by Nelly Furtado.
Fiona and Anton are going to Quickstep to ‘If My Friends Could See Me Now’ by Sammy Davis Junior.
Dave and Karen will Salsa to ‘Cuban Pete’ by Jim Carrey.
Deborah and Robin are going to perform the Viennese Waltz to James Brown’s soulful ‘It’s A Man’s Man’s Man’s World’.
Sophie and Brendan are going to Cha Cha Cha to Michael Jackson’s ‘PYT’.
Mark and Iveta will Waltz to ‘Apologize’ by OneRepublic .
Susanna and Kevin will perform the American Smooth to Tony Bennett’s ‘Sunny Side of The Street’.
Ben and Kristina will be Quickstepping to Friends theme tune ‘I’ll Be There For You’ by The Rembrandts.
Natalie and Artem will be performing the Salsa to the Gypsy King’s ‘Bomboleo’.

Who are you most looking forward to seeing? Tune into Strictly Come Dancing at 6.30pm on BBC One and BBC One HD this Saturday to see how they all get on.

See how the couples got on during last weekend’s live show: