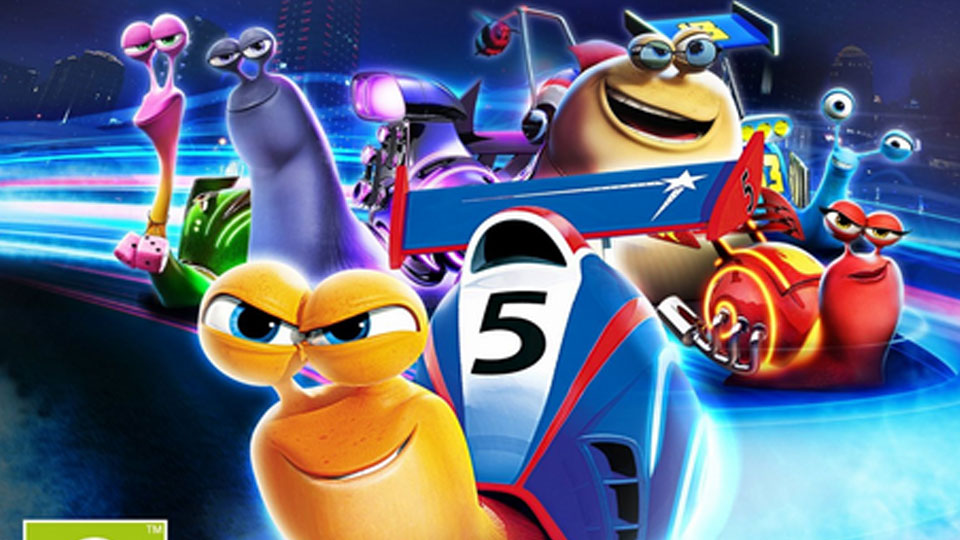 Turbo: Super Stunt Squad is based on the recent DreamWorks film about a snail called Turbo (Ryan Reynolds) who finds himself with the power of super-speed following a freak accident. With his new-found powers Turbo embarks on a journey to win the Indianapolis 500 with the help of his snail friends. This game published by D3Publisher attempts to capture the magic of the movie and translate it into a game for younger players.

Despite being aimed at kids, Turbo: Super Stunt Squad is surprisingly hard and if you skip the tutorial you’ll find that you have no clue what to do or how to do it. Digging into the tutorial will take a good chunk of your time but if you want to progress through the game and not end up frustrated then it’s definitely worth it. If you’ve ever played any of the Tony Hawks games then you’ll see where the inspiration for this game came from but also realise how much better it could have been.

We found it odd that a game based on a film about a racing snail contains absolutely no racing at all (the 3DS version does). Instead this is just a tricks game where you choose which snail you want to be and then have to try and complete a series of objectives for each level. This can be collecting letters in the right order or finding a variety of objects. You are also challenged to complete different tricks depending on the environment, which are actually surprisingly very difficult.

With every course you can show off your variety of tricks to gain extra points. Whilst the environments lend themselves to some potentially impressive tricks, sadly the animation of the characters doesn’t. Regardless of what you do or press it’s near impossible to differentiate the moves your snail is carrying out. It just appears to writhe in the air and then land on the ground again. It’s also a real pain trying to get up on platforms when you race up a ramp meaning you’ll spend more time shouting at your screen than impressing with your tricks and turns.

Turbo: Super Stunt Squad really doesn’t capture the spirit of the film at all. Whilst the characters look as they should, the environments are very bland and the game gets very boring, very quickly. After playing it for a while we realised we were simply button-mashing in the hope that we’d achieve the objectives and move on.

One of the key hooks of the game is unlockable items. As you progress you can customise your snail by painting its shell and unlock upgrades and power-ups. There are a variety of trophies to unlock too as you play through the game.

The game has no online play options and co-op is simply one additional local player which is really disappointing. With multiple players the game may actually have been a bit bitter.

Turbo: Super Stunt Squad is a really disappointing game. As we’ve come to expect from movie tie-ins this is a lazy and cheap cash-in. It doesn’t look great, the gameplay is repetitive and boring, and the level of difficulty is simply too hard for its target audience. Turbo: Super Stunt Squad isn’t a game we’ll be recommending, well not the Xbox 360/PS3 version anyway.