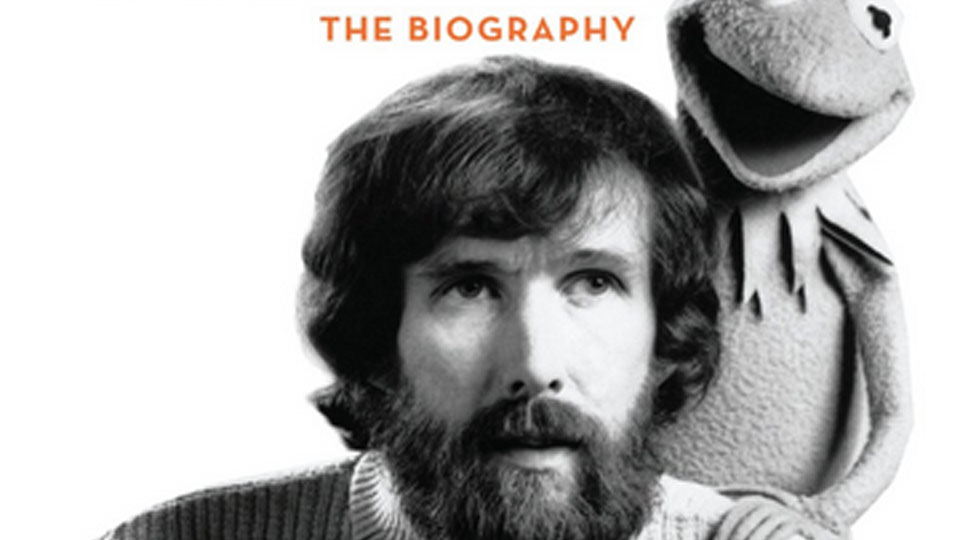 “Jim was a dreamer, yet he was pragmatic enough to make the dream happen.” So said the late Jerry Juhl, who collaborated with Jim Henson for many years, first as a puppeteer and then as a writer. The life of Jim Henson, the man who created the Muppets (this biography by Brian Jay Jones forcefully makes the point that Henson was far more than that, but the loveable puppets are undoubtedly the main factor in both his legacy and the longevity of his work) is encapsulated in this remarkably thorough new book, which has been immaculately researched. The result is an affectionate portrait of a softly-spoken man whose brilliant imagination and dedication to his craft saw him become a legend. The author quotes extensively from Henson as well as those who knew him best – his friends, family and colleagues.

It’s clear throughout the book is that those three categories weren’t ones that Henson himself made much distinction between. What emerges is the portrait of a warm, deeply humane man, who wanted to leave the world a better place, and who remains much-loved and much-missed nearly a quarter of a century after his untimely death. True, the biography doesn’t pull its punches either: the creative genius who developed the Muppets, adored by successive generations for their childlike innocence, shared the same trait with his creations. Throughout his life Henson avoided conflict at all costs and found it hard to talk about his feelings. As the book points out, such characteristics didn’t make him the easiest man to be married to.

Whereas the sections of any biographical work detailing childhood are usually the dullest and most fanciful, the same is refreshingly not true of this one. Perhaps the reason for it is that Henson retained a childlike capacity for optimism and for seeing the best in people, which stem directly from his upbringing in Leland, Mississippi. It’s also probably fair comment by Jones that the early death of his older brother, leaving him without siblings, fired Henson’s astonishing capacity to work, dedication to his craft and drive to succeed.

Naturally a large part of the book is given over to Henson’s creation of the Muppets, and how they developed from using experimental puppeteering techniques in deliberately fast-paced children’s television to beloved worldwide cultural icons within Henson’s lifetime. It’s also interesting to discover how iconic names, such as Sesame Street, didn’t have the most auspicious of starts.

The sections Jones writes on the early days on television, when Henson started out on Sam and Friends, will please enthusiasts of television history. Special plaudits go to Jones’ meticulous sketching of the business relationship between Jim Henson and Lord Lew Grade that brought the Muppets to London in the late 1970s. Grade later financed the first Muppet movies and provided an old school gentleman’s agreement with Henson, allowing his asset great artistic freedom. Reading between the lines, the ability to work in such a way provided Henson with the happiest times of his life.

Jones is equally adept at explaining the working environments Henson found less favourable. Thus all of Henson’s non-Muppet big screen outings were fraught affairs: the movies The Dark Crystal and Labyrinth may well have featured ground-breaking special effects and puppetry, but as Jones rightly concedes, they were lacking in the storytelling department. Working with Nicolas Roeg and Roald Dahl on The Witches also left the genial Henson incurring the ire of both parties, where the artistic vision would end up a compromise that satisfied none.

For anyone tempted to try and bring their own artistic vision to the screen, this book is essential reading, covering the pitfalls, development hell, fragile egos, unimaginative financiers and accountants and all the other headaches creative people have to contend with. The long wrangle of The Jim Henson Company’s merger with Disney is extremely illuminating on all that.  Jones is honest in his portrait of the highs and lows of Henson’s career. Having forgotten the need to tell a compelling story in his big screen outings, Henson’s The Storyteller made up for those shortcomings in abundance and won great critical acclaim: but failed to find an audience.

The collaborations that defined Henson’s life and career are beautifully detailed. Jones leaves us in no doubt that puppeteer and voice artist Frank Oz and Henson were real-life equivalents of their beloved Muppet coupling Bert and Ernie. Henson’s working relationships with producer David Lazer, writer Jerry Juhl, artist Brian Froud and agent Bernie Brillstein amongst others also add colour to the book. The major contributor is Jane Henson, Jim’s wife for many years, who sadly died from cancer earlier this year, but who knew Jim Henson better than anyone. Jones writes about the Hensons’ early work together as puppeteers, through to their marriage and eventual breakup with unflinching detail. The final thirty pages, detailing Henson’s sudden illness and death is poignantly written and left a lump in the throat of this reviewer. There are colourful descriptions of his memorial service in which Richard Hunt, the puppeteer and voice artist who would only two years after Henson die tragically young, acted as MC. There are also letters Henson, whilst in perfect health, wrote to his children that were intended to be opened in the event of his death. They encapsulate Henson’s wit, warmth and wisdom.

Running to just short of five-hundred pages (plus many more for the copious notes and index), Jim Henson: The Biography is a thorough and loving portrait of a man whose inspiring and adored work easily qualifies him for such analysis. Jones’ prose is eminently readable and not afraid of making a few humorous asides or casual digs, but the author’s view never obscures his subject. Having read the book, a reader will come away with a very real sense of who Jim Henson was, what those closest to him thought about him, his approach to his craft, the ups and downs of his career and his philosophy on life. Very few biographies achieve such a rounded view of their subject, but Jones’ meticulous attention to detail pays off. This isn’t just a book for movie buffs and puppeteers: anyone who’s been touched by the work of Jim Henson will find this book an engrossing and rewarding read.