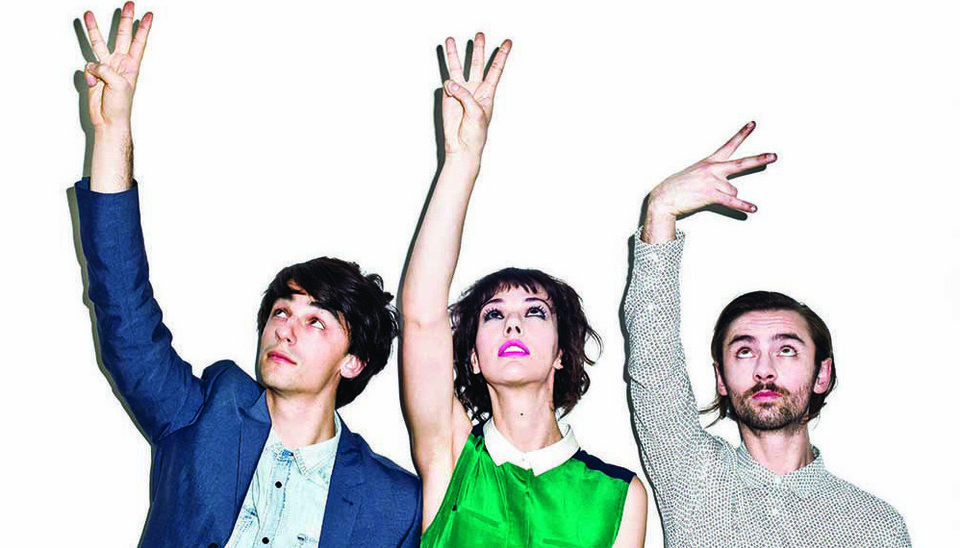 In the close set surroundings of a small room at the Sebright Arms, a disarmingly charming Parisian trio wove their way into the hearts of an expectant crowd. The sold out show saw Michael, Fabienne and William showcasing their sweetly eclectic sounds, always with an omnipresent undertone of optimism, to one of London’s most intimate venues. Trés chic

Formed back in 2008, the musicians collectively known as We Were Evergreen have been slowly storming stages in the UK with an otherworldly aura of learned maturity beyond their years and a heart-warmingly hopeful outlook. The band’s general style and demeanour is typically laidback with an air of unassuming confidence; their sense of self is astounding.

Having recently completed writing for their debut album, expected to be released early next year, the group were clearly eager to share the fruits of their labour of love, and the audience were over the moon to hear them.

Describing themselves as indie electro pop, We Were Evergreen’s unique sound is somewhat infuriatingly difficult to describe. The Guardian has previously referred to their music as ‘maddeningly pleasant and obscenely nice’, which pretty much sums it up. It would be nigh on impossible to dislike such wholesome upbeat songs, in which respectful nicety prevails, even when they are waxing lyrical about failed relationships. Even the instruments they employ are humble; the xylophone, charango and harmonica only add to the enchanting simplicity of it all.

Carving an original sound is no easy feat, and the contented trio have done so with effortless panache. We Were Evergreen provide the spoonful of sugar that we hadn’t yet realised we were craving.

Advertisement. Scroll to continue reading.
In this article:Sebright Arms, We Were Evergreen