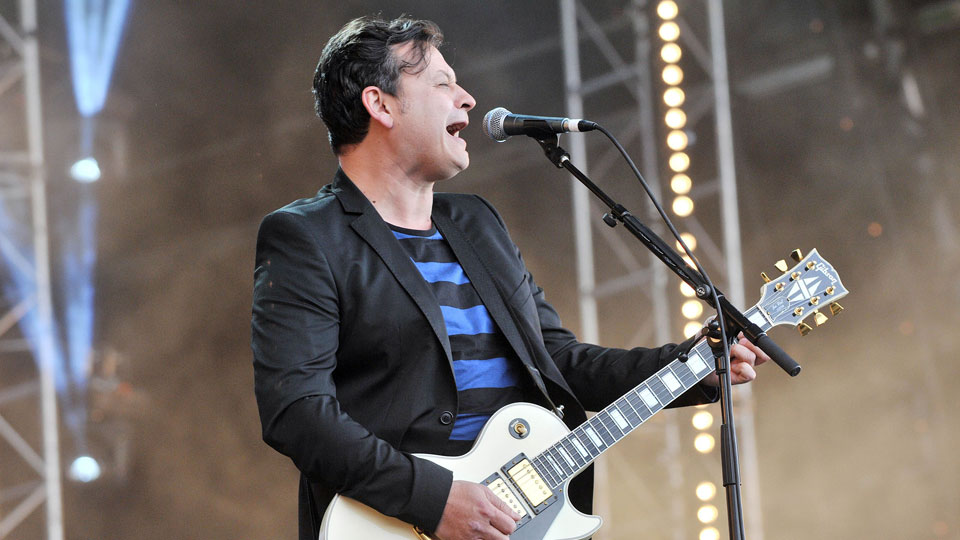 Manic Street Preachers are nothing short of legends really are they? The Welsh trio have been one of the few consistent musical forces unafraid to put their real feelings about politics and the state of the world into their lyrics. With every album release they serve up something different whilst staying true to their roots. Their recently released album Rewind the Film is their eleventh studio album and their first since 2010’s Postcards from a Young Man.

Prior to the release of the album, the Manics revealed that the album was closer in sound and tone to This Is My Truth Tell Me Yours than any of their other releases. They also revealed that the album was the first of two albums that they have recorded in 2013. A few listens through Rewind the Film showcases a more acoustic-driven and sedate sound from the Manics. Fans need not worry though as the band is still razor sharp thanks to their smart lyrics and boldness of opinion.

The majority of the album’s lyrics were written by Nicky Wire with James Dean Bradfield penning Anthem for a Lost Cause. There are a handful of guest appearances on the album including Lucy Rose on album opener This Sullen Welsh Heart, Richard Hawley on the atmospheric title track and Cate Le Bon on the gorgeous 4 Lonely Roads. Whilst the guest appearances are nice, the Manics don’t need anyone else to remind you how great a band they are.

Musically the album is rather adventurous with the band grappling sounds that we’ve not heard from them before. The almost-lullaby bounce of Builder of Routines is one standout moment whilst As Holy As The Soil has a live-band sing-a-long feel that is catchy and soaring. The moody arrangement of 3 Ways To See Despair is reminiscent of vintage Manics and is one of the best moments on the record. The twangy and repetitive Manorbier showcases the band’s musical abilities without lyrics getting in the way and is another surprising moment.

Rewind the Film may sound like a safe record but when you dig into it you could easily argue that it’s one of the Manics’ most daring. Musically it takes them across a wide sonic landscape whilst lyrically it’s as razor sharp as you’d expect from a Manics record. Rewind the Film is a sign of a band that have paid their dues, established themselves as musical legends and are now showing the younger generation how it’s done properly. Bravo Manics, we salute you.

In this article:Manic Street Preachers