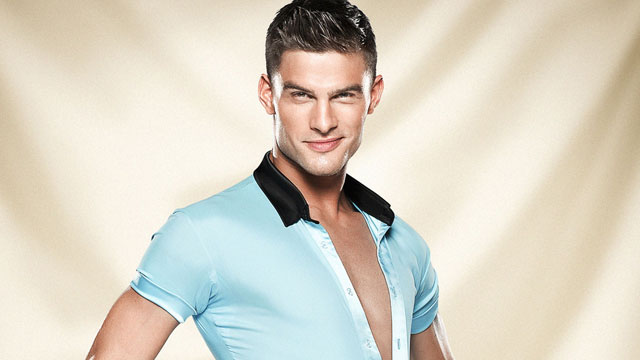 Strictly Chestwatch is back for another week but who has won our attention this week?

After the double-whammy of the opening live shows, Artem Chigvintsev is the dancer that had us drooling over his pecs but who is it this week? Well despite tough competition from Robin Windsor and Pasha Kovalev, it’s new professional Aljaz Skorjanec that caught our attention.

Dancing with model Abbey Clancy, Aljaz left his shirt unbuttoned for their cha cha. He even had Claudia Winkleman blushing and asking him to turn around for being too attractive during their post-dance chat.

Here’s a couple of images of Aljaz in action from last night’s show.