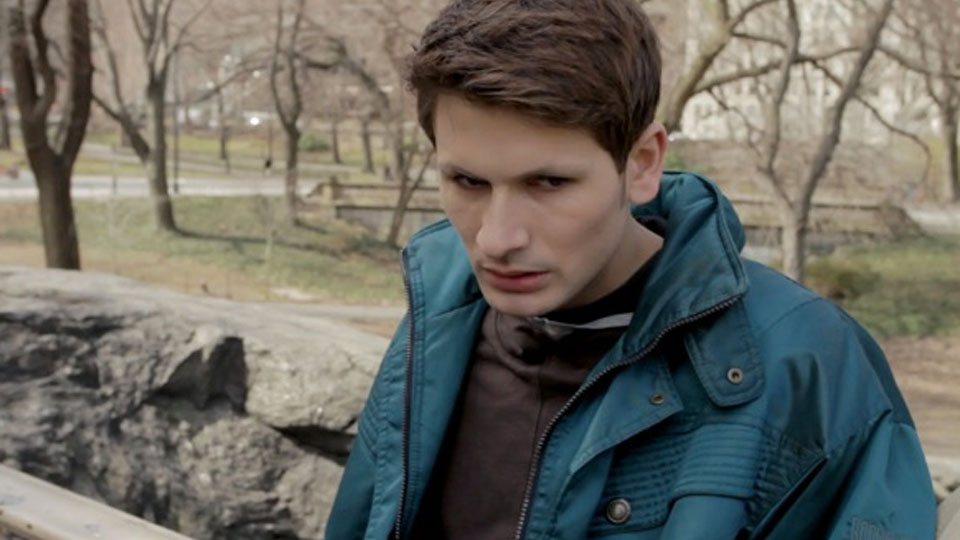 Aleksandr (Pau Maso) is an illegal Russian immigrant living alone in New York after the sudden death of his troubled mother. Trying to make ends meet, Aleksandr accepts a job as a go-go dancer and soon finds himself accidentally entering the world of prostitution. Realising he can make a lot of money from his new profession, Aleksandr is dragged down into a dark world that threatens to consume him.

Written and directed by its star Pau Maso, Aleksandr’s Price aims to be an exploration of the dark world of prostitution set against the backdrop of New York City. Despite some promising moments, and a decent central performance from Maso, the film is hampered by unbelievable plot developments and some serious shoddy dialogue. From the moment Aleksandr’s therapist tells him she knows he’s a good person because she can see it in his eyes (seriously?) it’s hard to take the story all the seriously.

One of the issues with Aleksandr’s Price is that it never delves below the surface of the themes it’s trying to explore. The film depicts prostitution as a progression from go-go dancing which is a little insulting to those that actually make a decent, and honest, living from go-go dancing. For Aleksandr the progression comes when he goes home with a guy and is given money the next money. Initially he’s outraged by the gesture but soon realises he could make a lot of money from moonlighting as a prostitute. Despite an attempt at ‘conflict’ about the decision, he goes along with it all far too easily and it escalates remarkably quickly.

The screenplay simply doesn’t have the depth it needs to tackle its subject matter. Dealing with immigration, sexuality and prostitution you would expect a film like this to be rather meaty with some emotional depth. There’s no point where you actually care about Aleksandr as his decisions are too impulsive to take seriously. You would also think a film about prostitution may have a bit of titillating nudity in too wouldn’t you but this film skips that too giving only lingering shots of Maso’s chiselled torso.

Whilst we may have issues with Maso’s writing and direction, he’s actually pretty decent in terms of his acting. There’s no denying his good looks and he hides his Spanish accent well under a Russian one. He struggles in the more emotional moments of the film but he plays naïve incredibly well.

Aleksandr’s Price is definitely not the film that it thinks it is. There’s nothing here to sink your teeth into and despite Maso’s best efforts the film is a disappointing mess. All we took from this is that dancing in a seedy bar will inevitably lead you to prostitution and a world of self-induced despair. Hardly the stuff that real drama is made of is it?