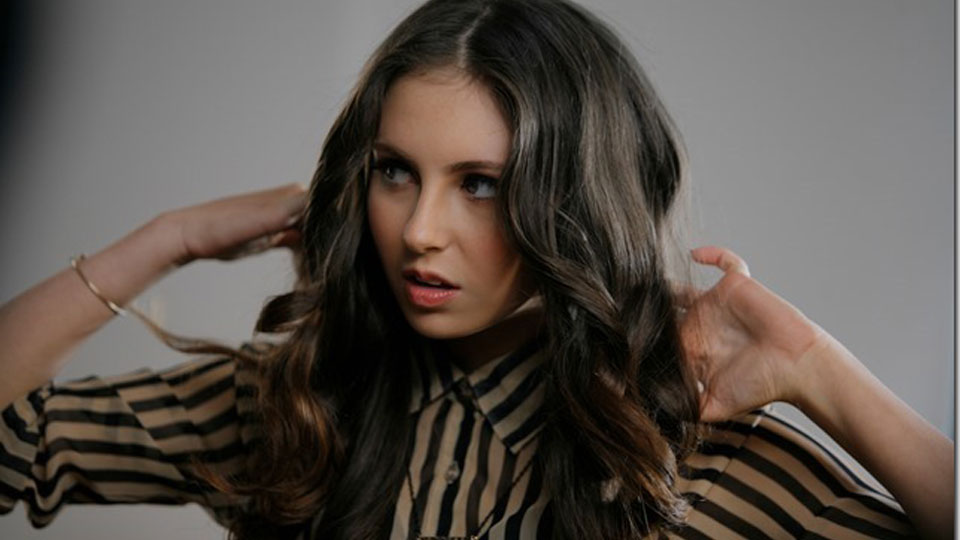 Temara Melek is the latest teenage singing sensation about to be unleashed on the charts. What sets her apart from her contemporaries? We guess that will be for you to decide! Her first single was the catchy Karma’s Not Pretty, which has a very distinct pop feel to it.

Temara has been enjoying herself in the UK over the last few months, hanging out with the likes of Union J, Diana Vickers and Little Mix at the Liverpool Music Festival and doing a lot of shopping, with any spare time off that she gets.

We caught up with the lovely Temara to find out a little bit more about the LA-based singer and here is how out chat went.

Hi Temara, how are you today?

Pretty good, thanks. I’ve just done a photoshoot this morning, which was a lot of fun and it went well. I got to wear some fun clothes, but I didn’t get to keep it, I wish! Ha-ha.

Can you tell us about when you first started singing?

I’ve been singing ever since I was little and have always done all sorts of different performances. I took singing seriously and focused on having a career in it, almost three years ago now.

Who is your biggest inspiration?

My biggest inspiration would be Miley Cyrus. I was a huge fan of Hannah Montana and I always wanted to be her, I’m still a huge fan.

What do you think of her latest look?

I love her latest look and the whole short hair thing and I love her style. I know a lot of people have different opinions on that, but I think it looks really good on her.

What artists are you listening to at the moment?

I’m still listening to Miley Cyrus and Demi Levato. I’m also a huge fan of UK artists like Rita Ora and Cher Lloyd. If I could work with anyone in the world, I think I would have to go for either Miley Cyrus, or Will.I.AM

Have you been over to the UK much before?

Yeah, I’ve been over a few times and twice this year and I’ve been here for nearly two months now, I love it. I got to see Union J and Little Mix performing recently at the Liverpool Music Festival, which was cool and I’ve been doing a lot of shopping in Topshop. The Oxford Circus branch it so big, there’s so much choice in there, it’s great. Everything that I’ve done in the UK so far has been a lot of fun.

What do you like to do in your spare time?

Can you tell the people who might be as yet unfamiliar with your work and style, what you’re all about?

My music is pop and it’s fun. My new song is about how I was dating this guy, but then he goes out with my best friend and then when we find out and the guy finds out, he is like ‘oh, gosh’, but then I move on to a really great guy and the other guy then knows that he lost his chance

What exciting things have you got lined up for the rest of the year, that we can talk about?

The release of my first single is pretty exciting and I’m working on my second single and I’m really excited to be releasing those. The second single is still being decided. I really enjoy filming and making pop videos, it’s a lot of fun and I get to work with some really cool people.

What’s been your favourite moment of this year, to date?

I don’t know, as there have been a lot of great things that I have got to do this year. I’ve been to a few music festivals and to a few film premiers and I’ve met Jennifer Aniston and I’m a huge fan of hers.

My biggest ambition is probably to have my own tour, that would be awesome. I would really love to play at Maddison Square Garden, I’ve never been there, but I know a lot of people who have and it looks awesome.

Temara’s single Karma’s Not Pretty is released on 6th October 2013.