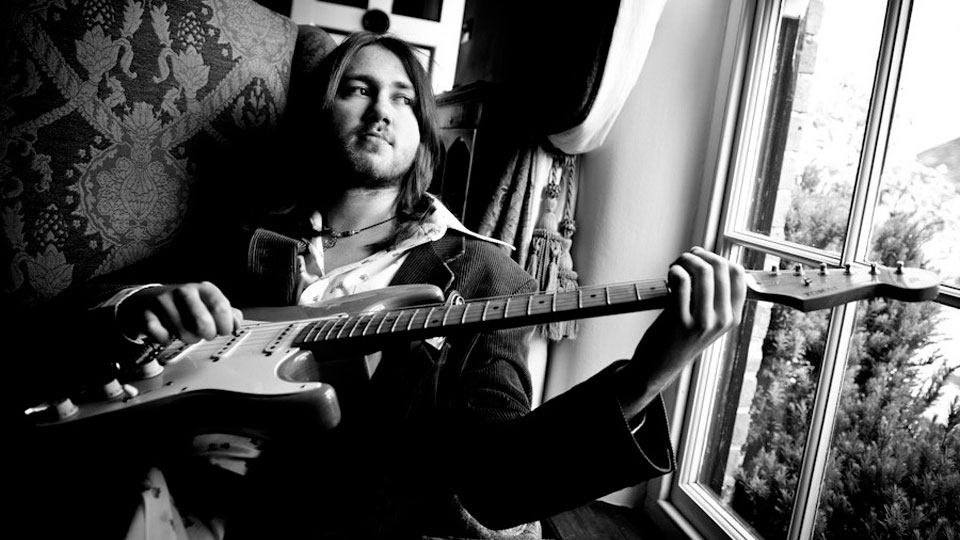 Henry Parker is a master of the guitar, so much so, that he has been compared to the likes of incredible guitarists, including the likes Eric Clapton and the buzz surrounding him at the moment is huge. We caught his live gig at The Troubador last week and it was indeed very impressive and his guitar solo’s are impressive and his is worth checking out live, where you can witness him for yourself.

With a debut album in the offering, we were very excited to have a few moments with Henry to talk about what he does best – playing the guitar and making music and learning more about him and his background. During our chat, we talked about guitars, his debut album and what his hopes for the future are. Henry comes across as a very thoughtful and creative individual, who we have no doubt is going places and someone who has a very exciting future ahead of him.

Hi Henry, how are you and what have you been up to, today?

I’m good thanks, as I’ve been drinking. Ha-ha. No, seriously, today I’ve spent mostly doing sound checks, working and travelling up to London for the gig, it’s been a busy day so far.

You first picked up a guitar and started playing in 2006, why was the guitar your instrument of choice?

Well, the piano we had in the house was out of tune! My father had a guitar and originally, I was a singer and in school, they wanted me to play something, as well as sing. I was always into music and so I took it upon myself to learn to play and also because the guitar is just so very cool.

We heard that not long after picking up the guitar for the first time, you were able to play it in a way that takes some people’s years to play, was that the case?

You would have to ask the listener, really. It just kind of stuck, from the moment I picked the guitar up, I literally did not put it down. It was all that I did and all I could think about. I was young as I enjoyed it, but I’m a lot better now.

You’ve been compared to several guitar legends, how does that make you feel?

Well, it’s always nice, but I’m not them and I’m not trying to be like them, I’m doing my own thing. But the way to play good music is to be a bit of a sponge and pick stuff up from everyone, so the influences are there. I’ve never been a fan of people comparing people to other people, it is nice, but I’m not really like anyone else.

What artists do you look up to?

I don’t have anyone in particular that I look up to, but I tend to have several. From a songwriting point of view, I like artists from the late 60′s and early 70′s and I like Bob Dylan. I like edgy, folky music. What I always listen to first is the whole song, but also the feel and I like music with a human feel that you can connect to. Neil Young did a great album called Tonight’s The Night and I could really feel the songs on that.

Can you describe your musical style to those that have not yet heard your music?

It’s kind of English, electric-folk, rock. It’s got an English songwriters feel and English people have always been good at that edgier rock and roll music and it’s got that vibe to it and that’s the roots to it.

What kind of songs can we expect from your debut album?

We’ve got a good mixture of songs on the album. We’ve got some poppier songs, we’ve got some rockier songs and some quieter and acoustic ones. We’ve got a good spread and I’m a big fan of albums that have a diverse sound, I’m not too keen on albums where all the songs sound the same. I get my inspiration from life and I write about stuff that I’ve observed, or friends have gone through and use those stories as eloquently as possible. I like using strange words and making certain aspects of the songs sound quite mystical. I have to write about stuff I do, rather than make up stories.

Can you tell us about your new single, Red Fox?

It’s abut a girl I used to know. She was a very interesting girl, who I took a while to work out. She was a bit of a naughty lady of the night, but I quite liked her and I wrote the song about her. It’s quite hard to describe and sound nice about it. I think the song is a good mid-way mark for the album and what people can expect from the album.

How long did the album take to make?

I did the demo’s quite a long time ago, about three years ago. For the actual album, I flew out to America to record it and it was all done via an old manager I had at the time, that had the opinion that I really couldn’t see and we fell out over that, so we took the album back here, I took the production reins and got my friends in, the whole process didn’t take that long in the end, we polished it off about three weeks.

Who would be most like to work with in the future, your ideal collaboration?

You’re quite early on in your career, what would you like to achieve in the future?

I would love to be doing more music writing, at the moment I spend a lot of time on the computer, sorting out gigs and stuff. I’d like to make another album and I’d like to be making a living out of making music full time and have a lot of the pressures of booking and sorting things out be done by someone else. I’d love to just be able to focus on the music making and continuing to improve.