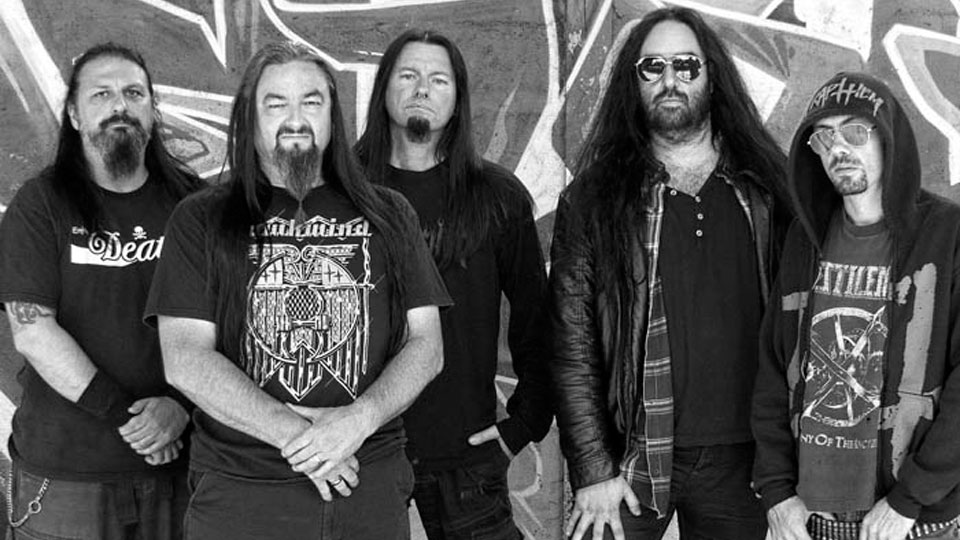 Led by singer Sy Keeler and guitar duo Nige Rockett and Andy Rosser-Davies, the band are at the forefront of today’s thrash movement.

“Even at this early, early stage,” says guitarist Rockett, “everyone who has heard “VI” has different stand out tracks…. “Chaos Is King” is a very worthy opening track for an Onslaught album, right up there with “Let There Be Death” and “Born For War”. Definitely the most aggressive song we have ever written, it’s a real relentless thrash out from start to finish that really pushed the boundaries of our playing to the max. It’s actually a prequel to the track “Code Black” on the last album lyrically. If you listen to the intro of “Code Black”, you will hear the end of “Chaos Is King” … There was a lot of forward planning involved in this.”

Onslaught will be hitting the road and you can see them at the following dates: