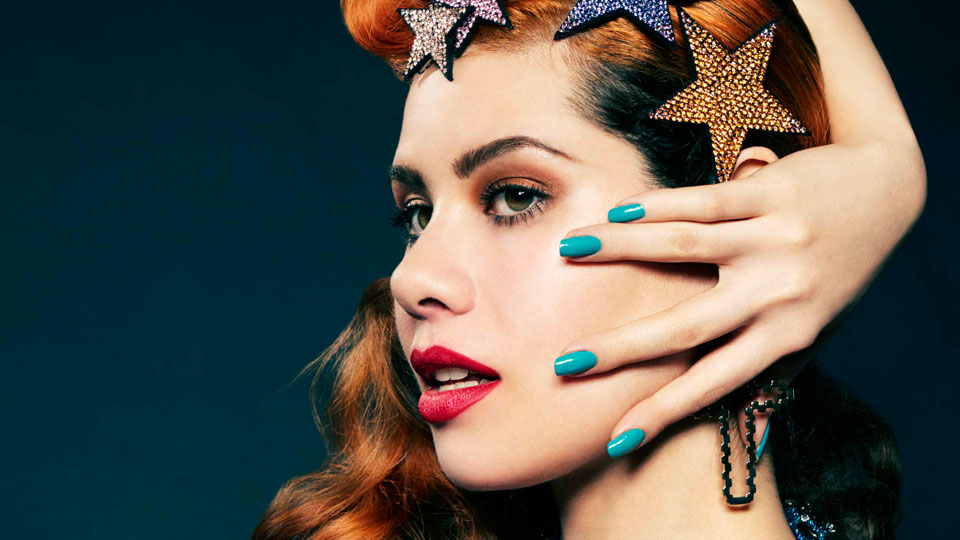 London singer-songwriter DeeDee Loves Me is on the rise.

She’s been writing music since the age of 14 and has been working with producer Ian Masterson. Recently she debuted new track Everybody’s Out To Get Me.

We caught up with DeeDee to find out more about her, discuss her upcoming releases and talk about her unique sense of style.

Hi DeeDee. How are you today? Where does this Q&A find you?

Hi Entertainment Focus. I’m good, thanks. Just got back from a weekend away in Paris. Although everyone says Paris in August is a no-no, I had a lovely time.

You’ve been debuting lots of new songs online recently. What’s the reaction been to them?

So far so good… One can only hope 😉

In a post on your Tumblr you mentioned that you’ve written hundreds of songs. How do you decide which ones to share with your fans?

It’s a difficult process as you can spend months ruminating about which songs to cherry pick especially if you’re as indecisive as me. But ultimately you have to trust your instincts and charge forward. With the songs I uploaded on Soundcloud, I’ve already played two of them (‘Mirrors & Disco Balls’ and ‘Compulsory’) live in gigs and they went down well. You can always test the waters when playing live… However, the other two are so brand new I haven’t played them live yet but I had an instant visceral reaction to them.

You’ve been writing with producer Ian Masterson. What’s that experience like for you?

I’ve known Ian for many years now and enjoy working with him. There’s a good level of comfort which makes it very easy for me to express myself.

In terms of releases this year, what’s your plan? Do you have a single and album in the pipeline?

There’s a possible single release this year but it’s interdependent on how people react to these new ones. In the greater scheme of things I want to release as many singles and albums as I can.

How would you describe your music to someone who hasn’t heard it yet?

One of the things that people can’t miss is your unique and distinctive style. Who inspired your look and how important is fashion to you?

Thank you. When deciding what to wear on stage as odd as this may sound, I imagine I’m the lovechild of Ziggy Stardust and Natalie Wood. I like kimonos and bright glittery pieces like a disco mermaid (Ziggy) but I like to counterbalance that with the chic yet simple look that Natalie pulled off so well. Music and fashion can be likened to yin and yang – they’re two completely different entities but somehow work well together especially when you’re on stage as a look can enhance a performance.

Which musicians have really inspired you?

When can fans catch you playing live?

What do you hope to have achieved in the next 12 months?

To keep creating and for people to respond to what I put out there.

Find out more about DeeDee Loves Me on her official website at www.deedeelovesme.com

In this article:DeeDee Loves Me