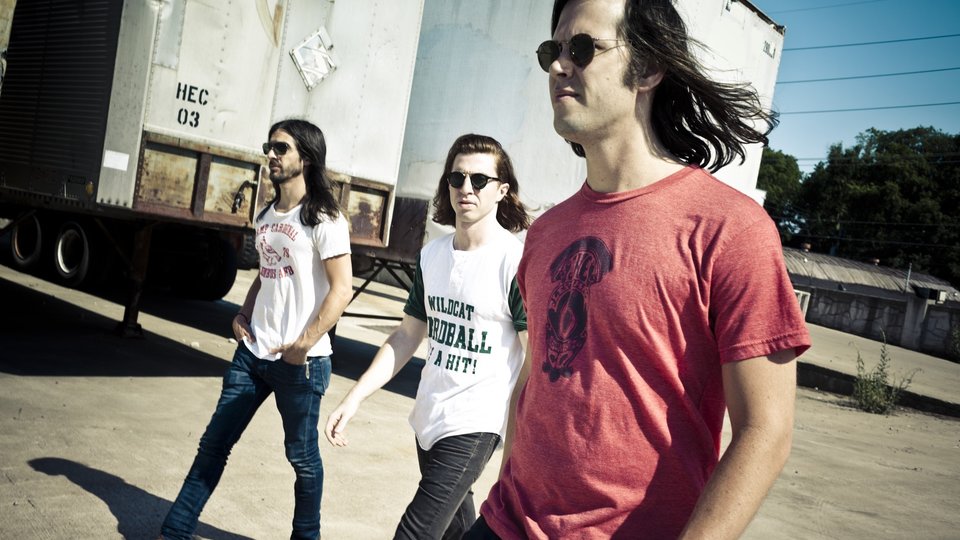 The Whigs are back with brand new album, Enjoy The Company. The making of this new record differed from the last two albums, which were recorded in Sunset Sound Studios and Athens. Instead Enjoy The Company was produced by John Agnello (Dinosaur Jr, Sonic Youth, Kurt Vile) in Dreamland Studios housed in a historic church in rural Woodstock of New York. We loved the last record this band produced and couldn’t wait to hear its follow-up; here are our thoughts about it.

Staying Alive kicks things off with an old-school beat and is nothing special to begin with however the track is 6 minutes long and the band make a good job at transforming it. Indeed Staying Alive becomes a whole new beast during its endless bridge, which is mainly a display of guitar riffs.

Kicking things off with a Californian rock sound is Gospel. Instantly The Whigs sunny riffs bring a smile to your face and indeed Gospel is an enjoyable listen. The track can feel a bit repetitive but, as its so short it doesn’t really get boring. Tiny Treasures is next and one of our favourite songs on the album. We love the tracks dramatic chorus yet summery-mellow verses and the band get plus points for using an organ.

Summer Heat is alright but sounds a little too much like early noughties Foo Fighters.

The Californian alt-rock sound is constant throughout the album and gives it a mellow vibe. Couple of Kids and Thank You are both lovely love songs, whilst one is darker and heavier on the drums the later is simple and light. Both express the same sentiment though and feel like a nice addition to the album.

Now for the highlights of the album there’s the explosive Rock and Roll Forever, an absolute star on this record. The track kicks off with a big sound and an infectious guitar riff. The vocals kick in, strong and confident and with every verse the drums hit you with their mighty sound. Rock and Roll Forever is big and ballsy and easily the best track on the album.

The record ends with Ours, a melodic song with quite the eccentric guitar solo.

Enjoy The Company is quite different from The Whigs last album or at least what we remember from it. We do enjoy the record’s chilled out atmosphere and you can tell the band is exploring and being adventurous. Do we love it though, not so sure.

Advertisement. Scroll to continue reading.
In this article:The Whigs