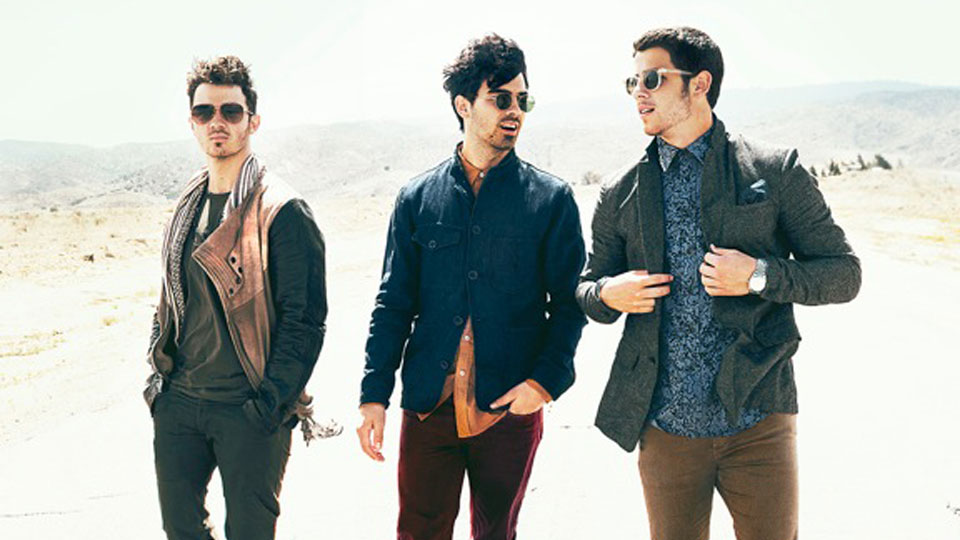 Jonas Brother sare back with new single First Time, which is released on 23rd September.

The track, taken from the group’s upcoming album V, is the first release from the band since they reunited last year. They previewed new material at New York’s Radio City Music Hall to a sell-out crowd.

First Time is classic Jonas Brothers that sees the band taking their sound and updating it for the current chart climate. The music video for the track debuted recently.

Jonas Brothers have sold over 20 million units worldwide since debuting in 2007.

Check out the video for First Time below: