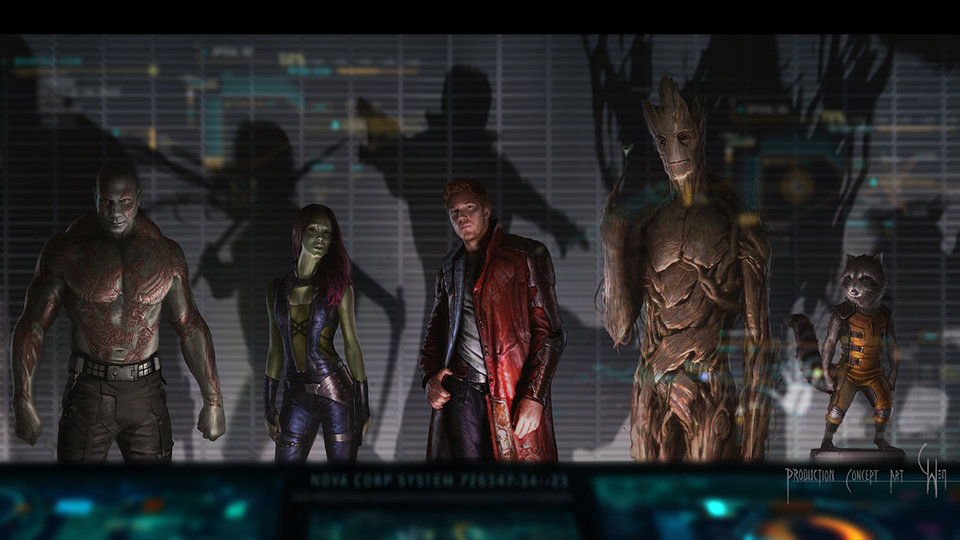 Off the back of SDCC, Marvel have released new concept art for their epic sci-fi spectacular Guardians Of The Galaxy.

Charting the story of a jet pilot who gets stranded in space, Peter Quill (Chris Pratt – Zero Dark Thirty) must unite an eclectic team of aliens to defeat a bigger threat to the galaxy.

Guardians Of The Galaxy opens in cinemas August 2014.

In this article:Guardians Of The Galaxy, Marvel, SDCC