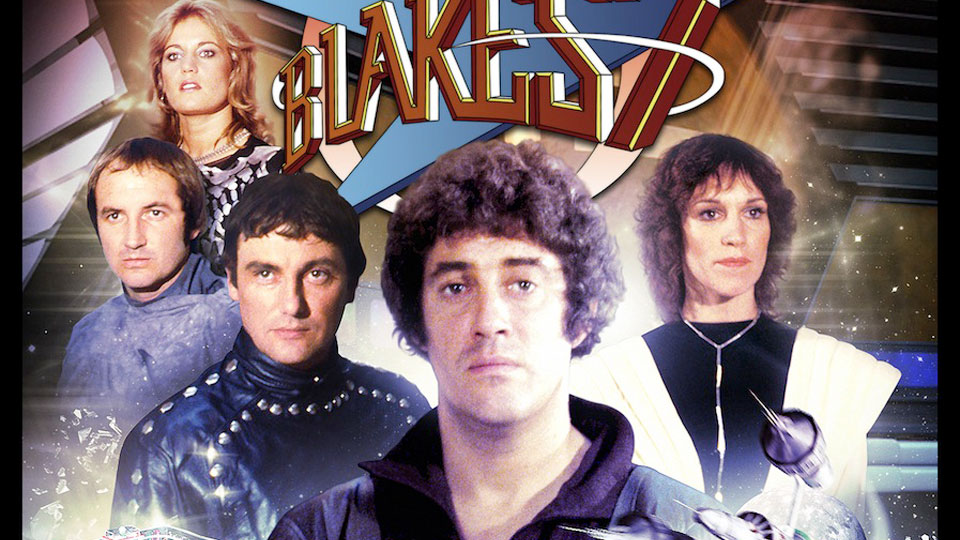 The surviving original TV cast of Terry Nation’s acclaimed series Blake’s 7 will be back together in six brand new audio plays to be released monthly from January 2014. The series is being released in a licence deal with B7 Media.

Blake’s 7 tells the story of freedom fighter Roj Blake and a band of freed criminals, who take on the might of the corrupt Federation, which rules the galaxy. The series ran on TV from 1978-1981.

The audio sees the return of Gareth Thomas as Roj Blake, Paul Darrow as Kerr Avon, Michael Keating as Vila Restal, Sally Knyvette as Jenna Stannis, Jan Chappell as Cally and Brian Croucher as Travis, whilst Alistair Lock plays the computers Zen and Orac (in place of the late Peter Tuddenham).

The series of audio dramas will launch in January with Fractures by Justin Richards, in which an escape from a Federation pursuit ship leaves the crew of the Liberator licking their wounds. As the dust settles, realisation gradually dawns that the trust and camaraderie that has built up between them is dissolving… and one of the crew is working against the rest.

Writers for the rest of the season also include Andrew Smith and Marc Platt (both of whom have written for Doctor Who on TV), Peter Anghelides (Blake’s 7 – Warship) and Mark Wright and Cavan Scott (Blake’s 7 – The Armageddon Storm).

“I was delighted that our first full cast Blake’s 7 audio, Warship, received such glowing reviews and a rapturous reception,” says producer David Richardson. “I’m therefore thrilled that we’re able to continue with more full-cast stories, which are set during the second season of the TV show as a worrying revelation forces Blake to interrupt his search for the Federation control centre Star One.”

Blake’s 7: Fractures is released in January 2014, and the stories continue monthly until June. A series of enhanced audiobooks entitled Blake’s 7: The Liberator Chronicles and a range of original Blake’s 7 novels are also available from Big Finish. The first full cast story, Warship, is still available at bigfinish.com.