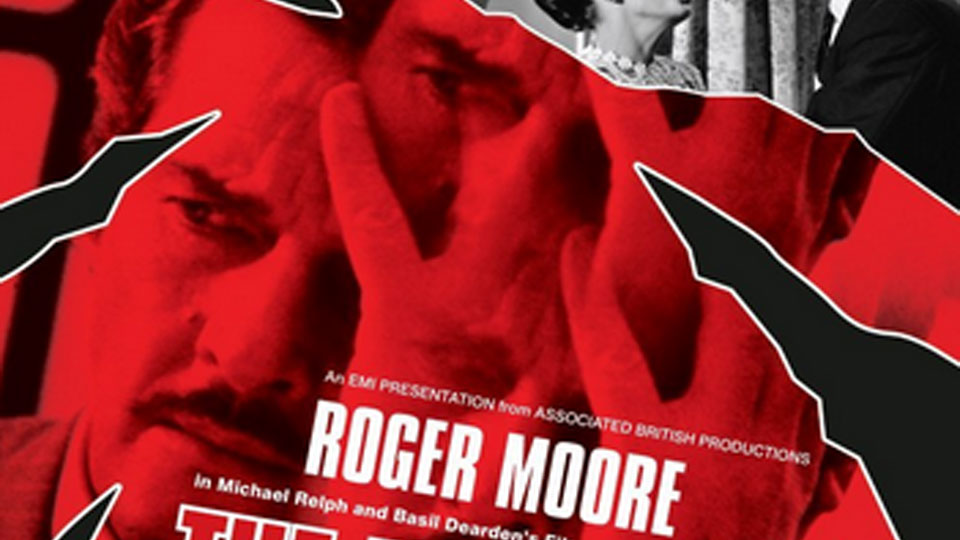 The Man Who Haunted Himself Blu-ray review

The received wisdom that Roger Moore can’t act has possibly arisen from the great man’s inability to take himself seriously, whilst offering up tongue-in-cheek self-deprecating comments about the limitations of his talent. However anyone who seriously wishes to advance the argument that Moore isn’t a captivating leading man with real ability will have a tough time explaining away his performance in The Man Who Haunted Himself. In the 1970 light-hearted thriller (it has the atmosphere and tone of an extended episode of Hammer House of Horror), which is enjoying a long-overdue re-release on DVD and a simultaneous first-time high-definition release on Blu-ray, Moore’s performance isn’t merely outstanding by his standards, but by any standards.

Already an international television star after many years making The Saint, The Man Who Haunted Himself came along just before Moore’s next glamorous action/adventure part, alongside Tony Curtis in The Persuaders!, and only a few years before his casting as the third incarnation of James Bond (watch out for Moore making a flippant reference to Bond quite early on – an eerie premonition?).

In The Man Who Haunted Himself, Moore plays against type. The opening sequence establishes him as Harold Pelham, a neat, straight-laced city worker (the era of the pin-striped suit, clipped moustache, bowler hat and brolly was clinging on) who sensibly drives a Rover. He’s unhappily married (to the beautiful Hildegarde Neil) and the sex has dried up, but he’s making dreary domesticity work for the sake of the children. This is Moore as we’ve never seen him before (or indeed since), and kudos to director Basil Dearden (who would end his career directing Moore in The Persuaders! before his untimely death in a car accident in 1971) for casting him and resisting a far more obvious choice – it’s easy to imagine Dirk Bogarde playing Pelham beautifully.

In The Man Who Haunted himself, Pelham has a car accident and ‘dies’ on the operating table. For reasons never satisfactorily evinced, this results in two versions of Pelham on the loose, though the screenplay is far tighter for focusing on just one version: thus we see Moore’s stiff upper lip character gradually lose his cool and his grip on reality: neatly presaged by Moore through occasional fits of temper at his wife. The ultimate showdown, featuring two Roger Moores (there’s value for money!) is an excellent illustration as to how firm a grip Moore has on both versions of the same character; and the Pelham losing his grip and losing his family is emotionally-charged and intelligently played.

So far so good, but in truth the plot is a tad repetitive. It goes something like this: Moore is informed by an acquaintance that he was spotted somewhere recently where he knows he hasn’t been; so Moore rushes to said location to look for the alternate version of himself, but has just missed the ‘imposter’ and worries he’s going crazy: repeat thirty times. Also the subplot about a takeover/merger of the firm Pelham works for isn’t very interesting. The plotting issues are offset by the short run time: the film is only ninety minutes in length so it doesn’t outstay its welcome, and a genuinely intriguing premise leads to a satisfying conclusion with an emotional pay-off, so the endless repetition and padding in the middle of the film are something it’s easy to forgive, or even overlook.

The supporting performances throw up some very familiar faces, notably the late Anton Rodgers as Moore’s young work colleague Tony, who is as solid and dependable as ever. Welsh character actor Freddie Jones, currently enhancing his pension playing Sandy Thomas in rural soap Emmerdale, pops up with the sort of outrageously over-the-top turn anyone familiar with his oeuvre would expect. A ‘large’ performance for sure: but his turn as a psychiatrist – all black glasses and tongue acting – is hilarious and owes much to Sellers’ Dr. Strangelove, and although it’s a bit of a leap to honestly believe anyone with a residual trace of sanity would turn to him for assistance with mental health matters, it’s one of the least obvious aspects of the film where the viewers’ credulity is stretched. The reason we buy it is simple and bears repeating: Roger Moore’s outstanding and grounded central performance which creates a character about whom the viewer cares.

There are a few extras in evidence here, including a moderated commentary with Roger Moore and the recently-deceased Bryan Forbes, who was an uncredited co-producer on the movie. There’s also original pencil-drawn storyboard screenshots and extensive galleries.

The Man Who Haunted Himself isn’t quite a classic, but it’s a good, solid thriller with a surreal twist. It’s also enormously good fun to watch. Roger Moore fans will adore it, and it’s certainly the role in his long and substantial career in which he’s allowed to stretch his acting muscles the most. The extensive London location filming and array of fine British character actors surrounding the star will also ensure that the movie has huge appeal for fans of archive British films.

The Man Who Haunted Himself is released as part of Network’s ‘The British Film’ collection.