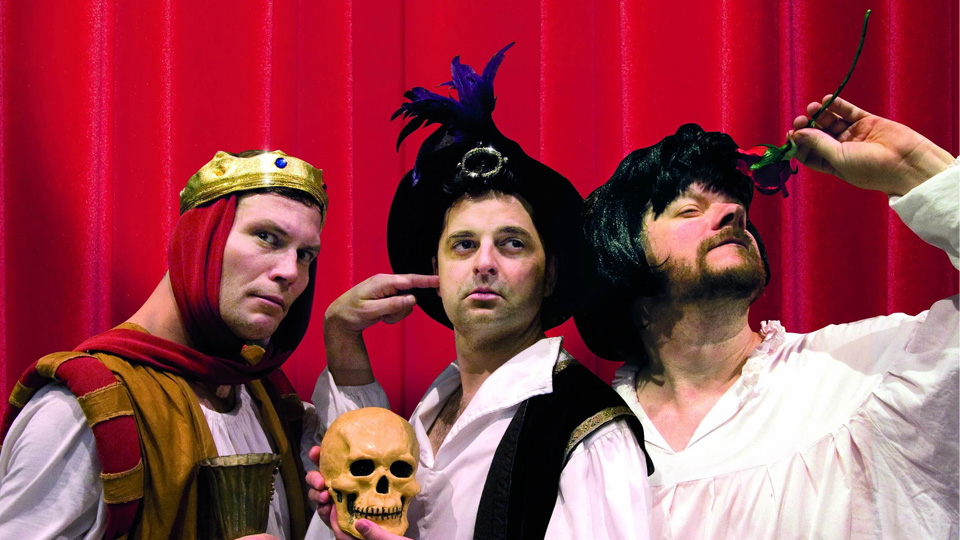 The Reduced Shakespeare Company is a three-man comedy troupe that takes long, serious subjects and reduces them to short, sharp comedies. They come to the City Varieties on Tuesday 18th June with The Complete Works of William Shakespeare (Abridged) (Revised).

Since 1981, ‘The Bad Boys of Abridgement’ have created eight stage shows, two television specials, and numerous radio pieces – all of which have been performed the world over.

The company’s first three shows, The Complete Works of William Shakespeare (abridged), The Complete History of America (abridged) and The Bible: The Complete Word of God (abridged) enjoyed a nine-year run at the Criterion Theatre in Piccadilly Circus. Not only were they London’s longest-running comedies, but at one point the Reduced Shakespeare Company had more shows running in the West End than Andrew Lloyd Webber…;

The “other RSC” were last seen in the UK with their highly successful Complete World of Sports (abridged) which toured the country before completing a season in London’s West End during the 2012 Olympics.

Join the madcap men in tights as they weave their wicked way through all of Shakespeare’s Comedies, Histories and Tragedies in one wild ride.

The Reduced Shakespeare Company The Complete Works of William Shakespeare (Abridged) (Revised) is at City Varieties on Tuesday 18th June.