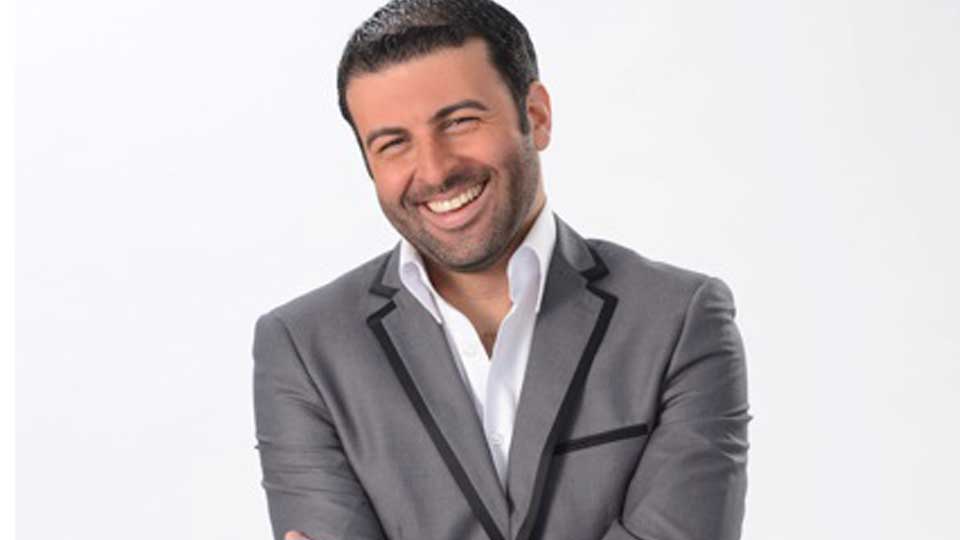 David Serero is a baritone who has received international acclaim thanks to his mix of Opera, Broadway, World Music and comedy.

Serero will be performing in the UK on the 18th June and he’s also bringing the London Music Film Festival (LMFF) to the UK for the first time. This week also saw the release of his new album All I Care About Is Love.

We caught up with David to talk about his new album, find out all about the London Music Film Festival and discuss his collaboration with Jermaine Jackson.

How are you today David? Where does this email Q&A find you?

Hello! I’m very well, I hope that you are doing just as great! I’m in Paris performing and promoting my new album.

Your album All I Care About Is Love has just been released. What can your fans expect from the record?

They will listen to what I call “my classics” which includes Broadway favourites from Fiddler on the Roof (performed in French and in English), Man of La Mancha (in the French version adapted by Jacques Brel), Chicago, Ol’man river but also French operetta, Russian songs and my duet with Jermaine Jackson on “Autumn Leaves”.

What is your favourite track from the album and why?

I love them all! But one of my favourite is “If I were a rich man” (Fiddler on the roof). I sing this song in all of my concerts and to this day I’ve performed more than 600 throughout the world. And I also love “The Quest” from Man of La Mancha that I had the honour to perform the lead role of Don Quixote in Paris Production last season.

You’ve collaborated with Jermaine Jackson on the album. How did that come about and what was the experience like?

Jermaine and I met in LA through a friend. I wanted to mix my operatic voice with a POP voice type. When I listened to his voice, I discovered a Nat King Cole sound. So I decided to produce for him an album of Jazz standards called “I WISH YOU LOVE”. One of them was “Autumn Leaves” and since this is originally a French song performed by Yves Montand, we sung it as a duet both in French and in English. This duet became a hit and a dream come true to work with a Jackson! I also directed the video clip in Paris.

Give us an insight into what you’re like in the studio. Are you very hands on during the recording process?

I’m a perfectionist! I can stay a day of recording just for a high note! I started to produce myself and to have my own recording studio because I love to take my time. Also before going to the studio, I perform these songs many times on stage before in order to et the best from them.

You’re bringing the London Musical Film Festival (LMFF) to the UK for the first time this month. What’s that all about?

Since there was a high success in Paris during its first edition, I decided to bing it London this time. I selected a variety of 6 musical films such as: Beauty and the Beast, Man of La Mancha, Fiddler on the Roof, Les Miserables, Dreamgirls. There will also be “Beggar’s Holiday” which is the only Broadway musical by Duke Ellington. I performed this musical in Paris and this will be the broadcast of the Paris production 100% in English. As you can see there is a film for everyone and for all ages! . It’s the very first film festival in the world entirely dedicated to musical film.

You founded the Musical Film Festival in Paris last year. Why did you decide to start it?

I love Musical Films! And this genre is very less known in France even though France has produced many great Musical French Film especially with Michel Legrand. This is mostly a US / UK culture. I wanted to bring the culture of American Musicals to my country.

After the LMFF you’re performing at London’s Bush Hall on 18th June. What can you tell us about the show?

This will be my “typical show”! I will mix all my musical repertoire: Opera (not the boring ones, don’t worry!!) , Broadway musicals, Songs from Russia, France, Yiddish, Spain and also a lot of comedy! The audience sings and dances with me. Once I sung so well that the audience went to pay twice for their tickets!

How would you describe a typical David Serero fan?

He must probably be someone from my own family! Also usually my fans, for some unknown reasons, don’t pay taxes…lol

I will be performing in Tel Aviv, Singapore, Dubai, Moscow, Shanghai, New York (Off Broadway!), Miami, Paris..and that’s just until December 2013. Also I really hope to come back as more often as possible in the UK because everyone is so kind and elegant here! Everytime I meet someone nice in the world, he’s British! I was also told that after singing 3 concerts in London, I could apply for the UK citizenship, is it true?

David’s album All I Care About Is Love is out now. The London Musical Film Festival takes place on the 15th and 16th June at Bush Hall.

Advertisement. Scroll to continue reading.
In this article:David Serero