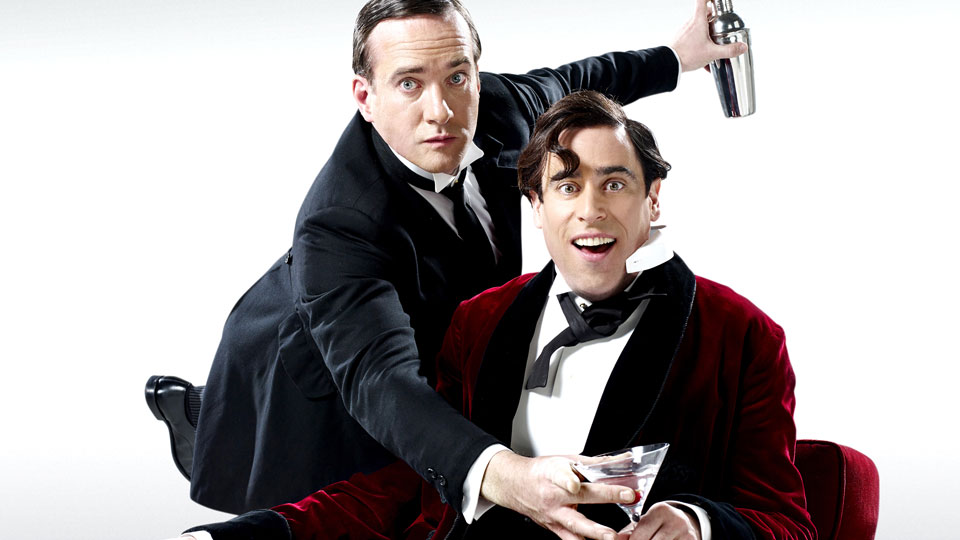 In October this year, two of literature’s best-loved characters, the charmingly incompetent Bertie Wooster and his unflappable valet Jeeves will be brought to life in a new comedy by brothers Robert and David Goodale.

Sean Foley will direct Matthew Macfadyen and Stephen Mangan as the legendary duo at the Duke of York’s Theatre from 30 October 2013 with opening night on 12 November. Based on and adapted from the established literary works of P.G. Wodehouse, Perfect Nonsense will play Richmond Theatre from 10 – 19 October and Brighton Theatre Royal from 22 – 26 October.

Matthew Macfadyen said: ‘This play from Bobby and David Goodale is an absolute hoot – a wonderfully crafted and joyful bit of perfect nonsense and I am delighted to be a part of it.’

Stephen Mangan said: ‘I am ridiculously excited at the prospect of playing the mentally negligible Bertie Wooster on stage and can hardly wait to stagger into the glorious sunshine of Wodehouse’s world. And with Jeeves, in the shape of Matthew Macfadyen by my side, what could possibly go wrong?’

Like many siblings growing up together, writers Robert and David Goodale enjoyed their own, very particular brand of humour. As children they created a range of ridiculous characters that seamlessly evolved into members of their extended family. It was only later that they discovered that P.G. Wodehouse had beaten them to it, in creating an entirely credible world full of even more deliciously bonkers characters.

Perfect Nonsense will be produced in the West End by Mark Goucher and Mark Rubinstein.

Tickets are now on sale. Call the box office on 0844 8713051 or see the official website www.JeevesAndWoosterplay.com. Tickets for the Richmond Theatre run can be booked through ATG Tickets, and the Brighton Theatre also uses an ATG Tickets booking system.