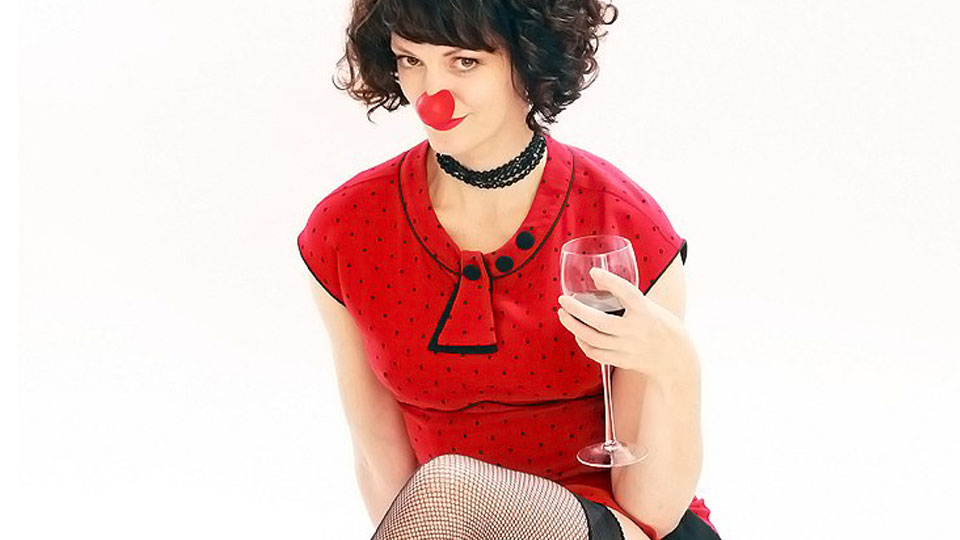 In the guise of Mimi, a cutesy and vivacious young woman (with a clown nose…), Northan waits for a blind date that doesn’t turn up. She then finds a young man from the audience to join her on stage and become her blind date for the evening. It’s a simple concept with only a few rules: her date has to be himself and not tell any lies (the volunteer/victim’s girlfriend is allowed to call his bluff at any time) and they can break out of character at the side of the stage in case things get out of hand…

Within this framework, a charming improvised play evolves that relies on the considerable wit of Rebecca Northan to keep her audience engaged. She is a wonderful host; disarming, genial and very, very funny. Every performance of Blind Date will be different (that’s true of all live performances, but this more than most) since her chosen beau will bring something new every time.

I doubt whether the success or failure of the show will ever be determined by Northan’s date. She’s always going to have someone who can’t act (and therefore can’t project and will probably mumble), but she is completely in charge of the show’s development and much of the comedy derives from her patter with her fish-out-of-water dupe. Nevertheless, the concept is enjoyably organic, and Northan pulls it off with her considerable improvisational skill.

Those with concerns about audience participation can rest easy: Mimi selects only one date, and there’s limited interaction after that. For the most part, the spectators’ job is to laugh as the absurd date unfolds on stage. A warning to young men attending with their girlfriends though: it really could be you…

Blind Date will resonate strongly with young couples, and most especially with female audience members. It’s the sort of show that’s terrific fun with a group of friends and a few drinks. It gently probes gender politics and the rules of heterosexual dating, but never at the expense of truth or good-natured humour; and there’s even one or two surprises thrown in to keep you guessing.