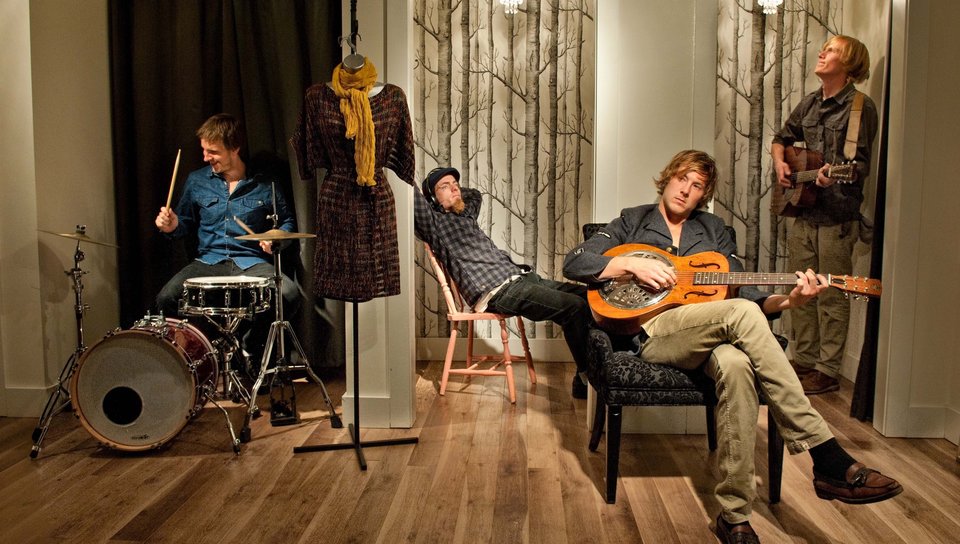 The words which best describe the latest album to come from Current Swell are bland and uninspiring. Long Time Ago features a number of songs that are utterly out of sync and the band is quite clearly striving for something far beyond their natural ability. Seemingly attempting to market themselves as the more mellowed younger brothers of Kings Of Leon,  based in Victoria, B.C., the foursome have been at the foreground of the ‘new roots rock’ music front pushing out of Canada’s west coast. Thanks in large part to constant touring with artists like Xavier Rudd, John Butler Trio and The Beach Boys, the independent band has since developed a worldwide following.

Emphasis on the acoustic aspect of the record is repeatedly paraded in front of the listener’s face (God forbid we should forget that they use real instruments), as the band produce melodies that appear to have been ripped straight out of a Jack Johnson playbook. This laid back vibe is fine if naturally occurring, but in this case does not fit with the band’s image. Add to this the tiresome environmental references, as shown in songs like For The Land and the album proves genuinely tedious and vastly unoriginal.

A truly interesting feature of Long Time Ago is Honest Man, an oddly uplifting track that serves as a refreshing change from the general tone of mind-numbing chilled out nonsense.  The intelligent subject matter relays the age old tale of a person being convicted on false grounds, but when finally released is so institutionalized that he cannot cope with a world changed so much from the one he left, and ends up turning to crime to return to the safety of the prison walls.

Get What’s Mine is another rare standout moment, as the barely there instrumental provides just the right amount of backbone to the aptly slurred lyrics, giving the impression of a surfer at an early evening beach party. Elsewhere, lead singer Scott Stanton’s vocals veer vehemently from infuriatingly blasé to chord straining, making for a frankly painful listening experience.

A trying time from start to finish, here’s hoping Long Time Ago will be the last. After a milestone 13 years of making similar shades of the same songs, we think it is perhaps the right time for Current Swell to now swagger off into the sunset, taking their acoustic guitars with them.

In this article:Current Swell, Long Time Ago album review