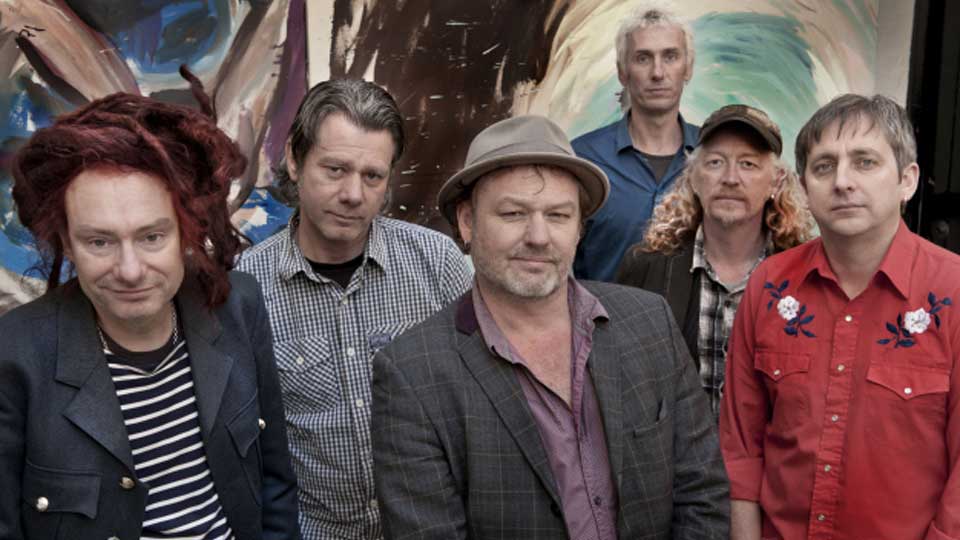 Levellers celebrate an incredible 25 years in the music industry this year and plan to celebrate, by playing at a number of live shows across Europe over the next two months. They will then continue to fly their musical flag across the summer festival stages, as they grace the likes of Bestival, Cambridge Folk Festival and the Isle of Wight festival this summer. They are still as busy as ever!

The original version of this song is an anti-war song, not an anti soldier song and features on their 10th studio album Static On The Airwaves, which was released last year. The new recording of The Recruiting Sergeant features traditional English folk singers The Copper Family, Shona Wales and Dan Walsh and was mixed by Matt Lawrence (Bat For Lashes, Mumford & Sons, Emile Sande), so it’s really not a great surprise that this track is really good!

This time around, the Brighton folk-rockers Levellers have released a thigh-slapping, stomping, rocking, barn dance of a song. If we could compare the track to anything that’s in the charts at the moment, then the song reminds us of the Lumineers, as it has that folky, up-beat, sing-along, hand-clapping, everyone’s-a-smiling sound to it, although the lyrics are a little more serious.

All profits from the release of this War Child version, will be donated to War Child, which is a charity for children that have been affected by war and set up to protect children living in the world’s most dangerous war zones. We take our hats off to them for supporting such a worthwhile cause. So dig into your pockets music lovers and help the band to achieve their aim in raising money for the great charity!

Advertisement. Scroll to continue reading.
In this article:Levellers, The Recruiting Sergeant