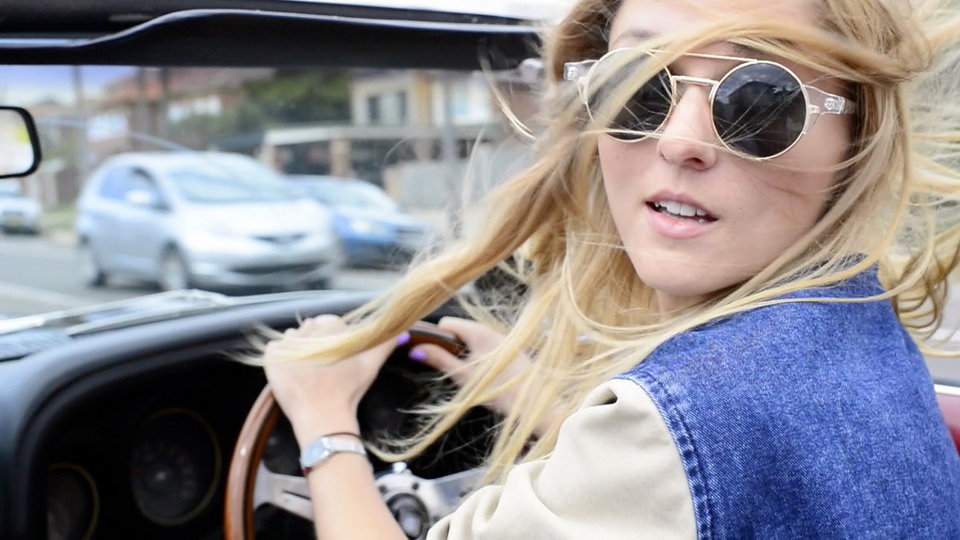 Hailing from Sydney KLP quotes influences from around the globe for his music. KLP’s new EP features remixes by the likes of The Revenge, James Curd, DCuup and Saarid and is a testament to all these influences. Ahead of it being released this month we caught up with the new production talent from Sydney.

Revolution Remixed is out on 27th May.

Good day to you! How are you today?

I’m great thanks! About to play a gig djing in The Rocks, Sydney.

Who initially inspired you to want to create music and and wanting to work in the music industry?

I have  only ever wanted to be a performer from as early as I can remember.  I would charge my parents and teachers money to see me sing and dance when I was young!

Having built up a reputation over the last few years as a respected DJ and guest vocalist, how different do you find being a DJ, to being a singer on stage?

I feel completely at home holding a microphone. I’ve been singing all my life, as opposed to djing the last few years – so there’s a big difference; more practice, more stories, more experience.

Do you plan to feature both in your Iive sets, by mixing the two up? Or will your gigs predominantly be singer-on-stage with a band, type of gigs?

At this stage they are staying separate. But who knows – I would love to combine them in the future. When I have  more original music that I can play in amongst my sets then it will make it a possibility.

What has been the best gig/club night that you’ve played at to date?

So hard to say. There are many  places I like for different reasons. There is a new bar in The Rocks called Ananas, it’s French, beautiful and stylish – and they make a mean cocktail. Then there is Pacha at the Ivy; it’s also great but for the opposite reason. Dance floor and fun tunes up at the Pool level.

How does it feel to be releasing your debut EP, Revolution? Was this something that you always had in mind?

It feels sooo nice. For a long time,  lot of people had no idea I was a singer/writer. So to now have that out there is a perfect first step to more music to come.

Can you tell us what sort of songs that we can expect from your EP?

There are some deeper/darker slow tracks, and then the other extreme,  fun summer vibe tracks. So something for every mood swing! ha ha

What was your favourite moment of recording the EP and do you have any favourite tracks on there?

I wrote 3 out of the 4 tracks by myself – I was living alone in a tiny 1 bedroom apartment in Kings Cross and I would spend a lot of solo time in there. The other song, Tropical, was as simple as my friend Stu (Turner) sending me a 16 bar loop, and then we emailed ideas back and forth a few times. It all came about really naturally. The best bit was having them finished!! So many people don’t finish things.. it baffles me.

What are your plans for the future, is there an album due to follow the EP?

Next up, a bunch of collabs, more live shows, and then later in the year some more solo KLP releases.

What was it like working with and having the co-production skills of the likes of DCUP, Cassian and Stu Turner and what did you learn from them?

It’s always great having creative people around to inspire and push you. Duncan (Dcup) and I really work easy together. The track we co-wrote for his versus ep ‘Caramel’ no joke, we wrote in probably 20-30mins! We had the idea, he made a beat, I wrote the topline and we had it.

You have also collaborated and sung for various international producers and award-winning artists including Pnau, Dcup, The Coconut Wireless, Tonight Only and Adam Bozetto – do you have any stories or anything that you can share with us about those experiences?

Some of the biggest, most well known releases I have sung on have been with a bunch of kids singing! I work well with kids, and I must be good at singing like one too.

Can you tell us about what your role for the Heaps Decent local initiative that facilitates music workshops, involves?

It involves running workshops at different places around Australia for underprivileged young people. For example, today I spent the whole day with Adam Bozzetto (Wordlife) at the girls and boys Juvenile Justice centres (Jails) in Western Sydney. We turn up with fully portable recording studios (laptop, sound card, mic) and we make beats, raps and songs from scratch with them.

How important was it for you to get involved with the Heaps Decent initiative?

I have always worked with young people – I’ve taught singing and dancing lessons, and have been a performer for many kids shows – that was all I did in school holidays as a teenager (more performing!). So now as an adult, being able to combine my love of that with djing, music production and writing is pretty wonderful.

Do you have plans to visit and play any gigs in the UK anytime soon?

I am heading to the UK and USA July August! Can’t wait. I will happily get up and sing or dj anywhere. Hook a sister up yeah???

Have any British bands or artists inspired you and your music?

Of course! Radiohead and The Beatles. 2 of the worlds finest!

What is the live music scene like in Sydney at the moment? There are some great venues for upcoming live acts. I dj regularly at one called Beresford Upstairs and it’s great watching the bands on before me each week. They give their bands a really great opportunity with great sound, lights, crowd and even a rider.

What songs are on your i-pod at the moment, who currently inspires you?

I am actually loving the Snoop Lion record of all things. That and then silence. I am trying to take more time and just sit and chill out.

Can you tell us something about yourself that might surprise us?

I have a birth mark in my hair! A super blonde streak – it’s a thin bit of hair with no pigment so it constantly looks like I have purposely dyed a small bit of my hair blonde.

You’ve featured on or co-written no less than twenty tracks that are scheduled for release this year, where do you find the time to be so busy and to record so many tracks?

I hardly ever stop! Hence the exercise in trying to slow down at times. Having a studio at home means you can make music at any hour – a blessing and a curse at the same time.

What are your plans for the next few months?

Write lots of music, go to Bali with one of my best friends and drink a cocktail on the beach (I am djing there) and then come back and cook something at home (without getting distracted and walking off to the studio while things are in the oven!).

Thanks for taking the time to chat with us and good luck with the release of your EP!

Thank you so much for taking the time out to ask me some questions!