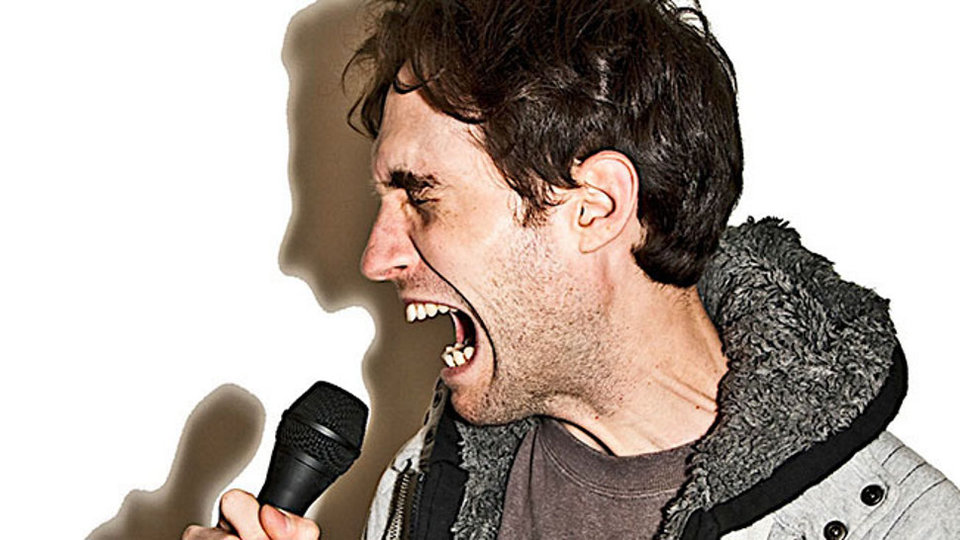 The artist, real name Darren Foreman, is about to embark on a UK tour with his brand new show. We caught up with him to find out about his specialist software and what fans can expect in the coming months.

I’m cool, currently sitting in the shadow of a large inflatable purple cow on the Southbank.

What can your fans expect from your new show?

My personalised software system, the Beardytron 5000, which is as yet unrivalled in terms of its capabilities, gets its first UK outing this June, enabling me to create better live music than ever before. Unlike previous shows, I’ll be showcasing more of my own material and trying to take the audience on a more meaningful journey with just really good music that reaches down into your gut, wrenches out your stomach acid and throws it into the eyes of the person next to you.

What a beautiful image! How do playing festival stages, such as your most recent appearance at Brighton Festival, compare to more intimate venues?

Although I really enjoy them, festival appearances are always a bit strange as my shows are largely focussed on audience participation, and that proves pretty difficult when I’m on a raised stage. I’m constantly experimenting with different ways to incorporate audience suggestions into my act and shows like One Album Per Hour ultimately work best in intimate settings, allowing for imaginative ideas to be flung from the audience to form song content.

What made you decide to tap into this particular format for your shows?

Growing up watching Whose Line Is It Anyway made me realise that improvisation is key. Encouraging the audience to be involved in the process also makes it all the more exciting as you never know what’s going to happen one night to the next; everybody’s got banter and it’s great to tap into that constructive content. Another benefit is that you can fail and nobody will mind if it adds to the comedy. I love the idea of democratising the punch line. I’ve only ever been heckled once by two sports fans who seemed to think that cheering at every item would make the next one more hilarious. In the end security escorted them out. I felt a bit like a teacher chucking out the disruptive students because they were ruining the class for everyone else!

Are there any audience suggestions that stick out in your mind?

An odd one was Call Centre Blues, a song about Justin Beiber struggling to meet his objectives in statistics obsessed settings. But a personal favourite of mine was Romney-pocolypse, borne on the eve of the US presidential elections, which described a world with Mitt Romney in power. It was terrifying.

Who are your biggest influences?

I tend to find myself carving out new territory as nobody’s really done what I’m doing before. My particular type of musical comedy hasn’t really been seen previously so I’m sort of pioneering my own ideas and hoping they work. I tend to use interesting things that happen at my gigs for inspiration, which is a method as yet relatively unplumbed.

Beatbox is currently seen as a rather niche market, as a two time UK Beatbox Champion who has released a critically acclaimed album,  do you think the genre has a place in the commercial music industry?

It’s only a limited instrument, so these days I’m more interested in pushing the limits of beatbox and experimenting to see what else it can be used for in terms of musical technology. It’s increasingly difficult to stand out in the beatbox community and there’s only a short period of time that anything can be viewed as cutting edge, but there are some truly talented performers out there who are really pushing beatbox forward and challenging perceptions of the style as an art form.

Your alias Beardyman was rather hastily thought up prior to a show. Given the chance, would you choose a different name?

Erm no, I wouldn’t actually. To be honest it’s quite a memorable name. Everyone knows a man with a beard.

Catch Beardyman on his new UK tour from 2nd June.  For details head to www.beardyman.co.uk.