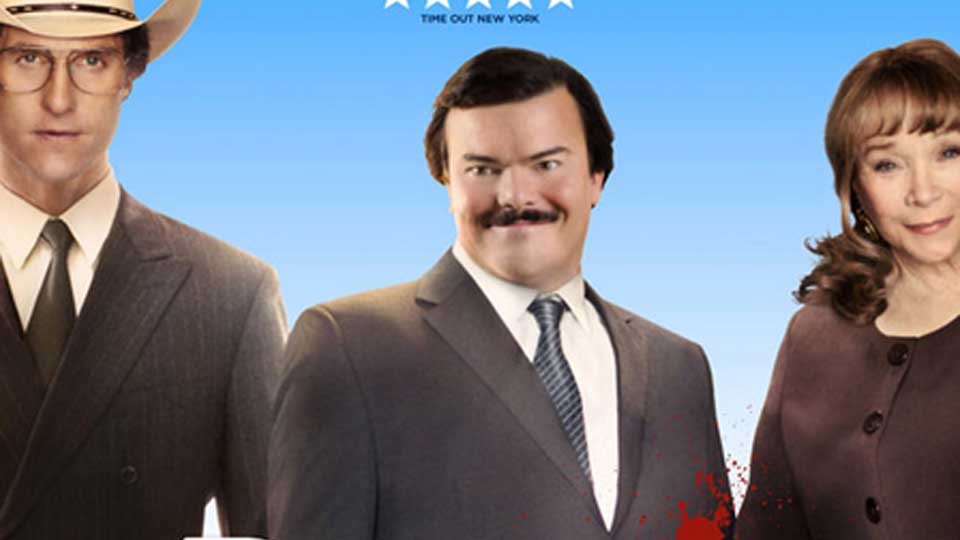 Bernie Tiede (Jack Black – Kung-Fu Panda) is a mortician at the local funeral parlour in a small town in Texas. A devout religious man, Bernie is loved by all of the townsfolk who look at his great charity work and selfless nature as a shining light in their community. Bernie is particularly good at comforting the grieving loved ones of the deceased and takes it upon himself to befriend the grumpy Marjorie Nigent (Shirley MacLaine – The Apartment, a rich woman who likes no one. Soon the two develop a friendship that goes on for years but something changes and forces Bernie to take some drastic steps.

Bernie is a fascinating real-life drama with tinges of black humour that hooks you in from the start. With Before Sunset scribe Richard Linklater behind the lens, Bernie tells a remarkable tale in a way that’s accessible, entertaining and even shocking.

Linklater knows who to shoot people on film and he brings his many years of considerable knowledge to the table here. Bernie is part dramatisation and part real-life account. Most of the people interviewed on camera are the actual townsfolk who lived out this drama for real. That makes their accounts all the more absorbing and intriguing.

The acting is masterfully handled by an ensemble who all know what they are doing. Jack Black hands in his career-best performance here as the loveable and mild Bernie, who slowly becomes pushed to the edge. Black is on mesmerising form here and makes the film a resounding success with his everyman charm and magnetism.

Shirley MacLaine does very well as the cantankerous Marjorie Nugent and makes it very hard for you to side with her, despite what happens afterwards. Matthew McConaughey also impresses as the prosecuting attorney Danny Buck and handles the outlandish situation with tact and verve.

This could very easy have been overplayed or over-sensationalised but in the capable hands of Richard Linklater, this becomes something all the more fascinating. He knows that the local people are what make this story so compelling so he engages our curiosities by interviewing the real townsfolk in a very raw and real way, allowing them to speak for themselves. We get a far more detailed understanding of this community as a result.

This is a fascinating story and one that will get a reaction from its audience. You can debate the issues raised in Bernie for hours on end and that’s a wonderful achievement for this movie. Whether you support Bernie Tiede or not, there is no denying the compelling and remarkable story behind his crime and to have that brought to the screen in such a dynamic way by Linklater and Black is amazing. Bernie is a true life drama you simply cannot afford to miss.