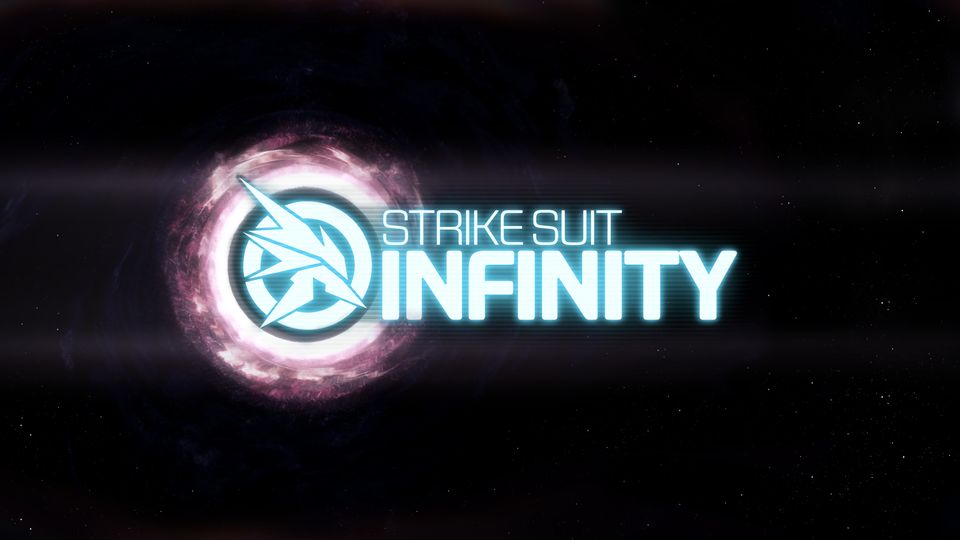 Back in January this year Born Ready Games, a Guildford-based indie developer, released their first game – Strike Suit Zero. The game was a space combat game made possible following a successful Kickstarter campaign where they nearly doubled their initial target. Just three months later they are adding another title to their Strike Suit universe with a spin-off called Strike Suit Infinity.

Strike Suit Infinity is a standalone release that keeps the core space combat mechanics of Zero but gets rid of the story element. The aim of Infinity is to provide a wave-based arcade score-attack game. The game features new enemies, locations, Strike Suits and a new score-multiplier mechanic. The game wants you to care about your score and constantly keep pushing to climb those leaderboards.

Before you can start caring about your score or even think about progressing through the 18 rounds you need to learn how to play. Actually if you’re serious about competing learning to play isn’t enough, you actually need to master the controls. Players of Zero will immediately feel at home but new players will be grateful for the inclusion of a training simulator.

Players must pilot a Strike Suit which is a futuristic space ship that comes with the ability to transform into an awesome mech as long as you have Flux available. Flux is collected each time you destroy enemies and space junk. Controlling a Strike Suit takes practice as there are plenty of key presses needed in order to perform well. The game supports gamepad and joystick inputs but we chose to play with mouse and keyboard.

In ship form you are very manoeuvrable with standard WASD keys to thrust forward and reverse as well as roll your ship. Left mouse button fires your guns and holding the right mouse activates missile lock. When locked on letting go of the right mouse button fires your missiles. Tapping R targets whatever is in front of you and F can be used to find the nearest target. The T key changes your targeting priority and can be used to ensure you target what you want. Pressing X will link your guns for double damage but drains their energy faster. To combat incoming missiles you are equipped with an EMP device which must be triggered when they are in range to disable them. Holding Shift in ship mode gives you extra thrust and tapping space transforms you.

In mech mode your manoeuvrability is significantly decreased but it makes up for this with increased combat ability. You become more of a stationary platform of death that can auto-target with more powerful firepower. While in this mode you can still trust forward and back as well as move up and down or strafe left and right. Flux is used up each time you attack so you need to be careful not to waste shots as when depleted you will turn back to ship mode.

The action is frantic and relentless but so much fun. Each round features multiple waves of enemies that you’ll want to take out as soon as possible. Successive quick kills adds to your combo and taking out entire waves before the next one starts boosts your multiplier. This is hard to do when you first start playing but with practice it becomes possible. At the end of a round you are given a score for each wave and rewarded with credits based on how you performed.

Strategy comes into play when choosing where to spend credits to purchase reinforcements from Interceptors, Fighters, Bombers, Frigates, Cruisers and Carriers. These will fight alongside you during the next round and you’ll want to pay attention to the mission brief to determine which will be most effective. As well as reinforcements your credits can be used to upgrade the skill of the reinforcement pilots.

One thing that may be a little off-putting for some players is that a certain amount of how to play is left up to you. This isn’t uncommon for score-chaser games and we’re in the camp that enjoys experimenting to see what works best. It requires more dedication this way but as you play more you’ll start to improve and we enjoyed the game the more we played.

Graphically the game looks stunning with colourful nebulae, stars and planets acting as the backdrop. The ship designs are excellent thanks to input from Junji Okunbo (Steel Battalion, Appleseed: Ex Machina) and there is beautiful music from Paul Ruskay (Homeworld) and Japanese singer/songwriter Kokia (Tales of Innocence) too.

The combat is complex but rewarding and climbing the leaderboards is satisfying. It’s also an absolute bargain for just £4.99 on Steam – £10 cheaper than Zero. If space combat is your thing then picking up Strike Suit Infinity is essential.