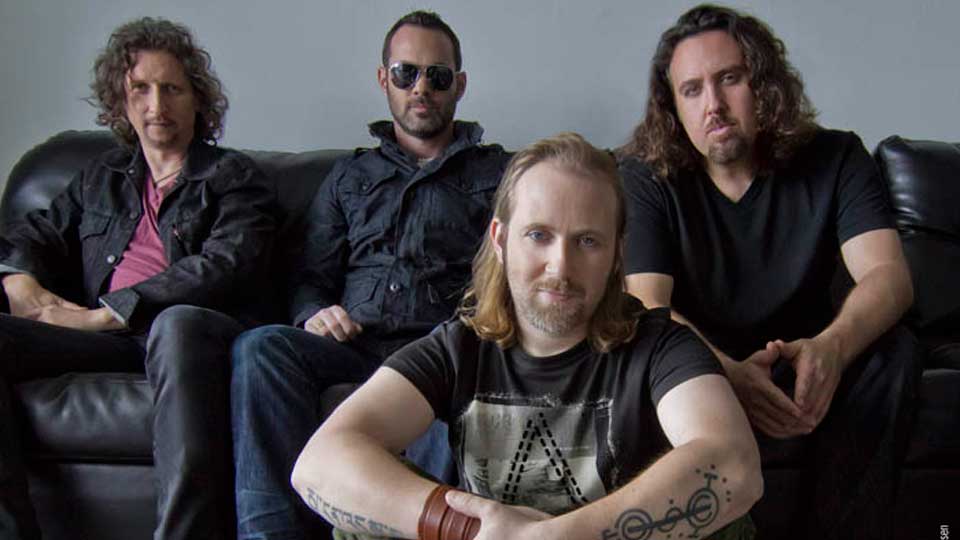 We were honoured to be amongst the select few who were invited to the launch of Sound of Contact’s new album – Dimensionaut. They announced that the album was a concept album and we were lucky enough to be given a preview and they unveiled the very first screening of the video to accompany their first single off the album, which is called Not Coming Down. There was a slight technical error – with no sound initially, to which the band announced ‘thanks for coming, goodnight’, to which the whole crowd laughed! Second time lucky and we were all watching and listening and watching the work that had gone into the making of this great song. The video features a small string section of musicians playing together in a field, with the video telling a story, with some very special effects incorporated, which all made for a very cool video.

We were treated to a live performance of a few songs off their new album, where they played Not Coming Down, Close To You and Omega Point. What we love about this band, is that they are all real musicians who care about their songwriting and we love nothing more than this. The played and performed their songs with passion and they looked engrossed in their songs. Simon Collins is the lead singer and he is the son of the legendary Phil Collins. The comparisons to his father are very likely to happen (due to the fact that he looks very much like him and he sounds quite like him too), although Simon seems to be, dare we say it, a lot cooler and a much rockier version, complete with tattoos and long hair, who looks and sounds like every inch the rock/punk/indie musician.

Not Coming Down was striking, as it was played with the effects of only a grand piano and guitar for accompaniment. It was a simple and stunning arrangement, which made Simon’s vocals stand out, to give us a stripped down and passionate performance, which was further enhanced given we were in the intimate setting of the Gibson Guitar Studios. The effect of the grand piano was truly stunning and added another dimension to their set, which continued on Closer To You, which was a piano driven ballad. The sounds of the acoustic guitar resonated in the background, which together with some lovely lyrics gave us another great song. Omega Point was their third and final song, which showed off their rock roots and cemented our belief that they are a band to watch closely. We have listened to the songs on the album and they are all of an exceptionally high standard, with rocks roots all over it.  Keep your eyes and ears peeled for this band, as we’re going to be seeing a lot of them in the future!

You can catch them playing live at a handful of shows, where they take in the following venues: