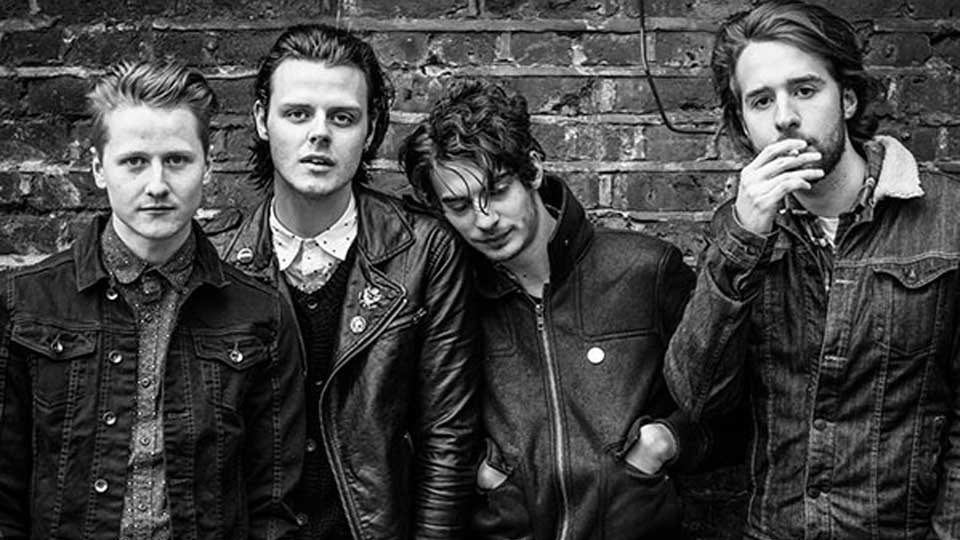 Sharks are back with their second album release, entitled Selfhood. The album was recorded in super fast time, as it took them just two weeks in fact to record the whole album! “The whole approach with this record from the beginning was to have the process be very reckless and fun, and for every decision and idea not to be pondered on or over thought. We set ourselves no more than three months to write this record, with no songs written going into the studio. We wanted to set ourselves these targets as a way to really capture a moment, an important aspect of making an album”, the band’s lead singer and vocalist James Mattock explains. This is an interesting concept to record an album that quickly, we guess what works for one band, doesn’t work for another! We’ve spoken to many bands who have had to painstakingly sit there for months trying to find inspiration and to come up with ideas that are original and that have some depth to them, but these guys can knock up some perfectly fine songs in a very short space of time.
The opening three tracks Selfhood, Your Bloody Wings and Portland are perfect punk-meets-rock-meets-Brit pop songs and they give us a very excited feeling to listen to what the rest of the album has in store, as they are the types of songs that we absolutely love to listen to. Portland is the band’s first single off the album and it is a wise choice, with its upbeat melodies and sparky guitar licks. I Won’t Taint continues the up-beat punk vibe and finishes with a lovely ending. For us, Sharks are somewhat of an amalgamation of The Clash meets The Smiths meets bands from the Brit pop era and they are a winning and wonderful combination. The More You Ask Me, The Less I’m Sure is a great title for a song and in fact, the lyrics throughout the album impresses us. Mattock explains that the songs on the album are the most personal ones that he has written to date. “I wrote most of the lyrics in a room above a morgue in which I lived with my fiancee for about five months. The place was an old Victorian building with no hear, running water, or bathroom. It wasn’t even legally residential. A lot of what I was going through around this period is channeled in the lyrics. These are the most intimate and personal songs I’ve ever written and Selfhood is the most fitting title”.
22 and Room With A Grey View are the songs that are most likely to get a crowd singing along, as there are some very catchy moments and some lovely drum sections in the songs and they are insanely catchy once you’ve listened to them a few times and get ready to sing along, as you learn the words! Sharks seem to have the knack of making a song sound great from start to finish, but top them off by finishing on a surprising high, with some lovely guitar sounds, Gold is a fine example of this.
All of the songs on the album mingle and blend into one another and the whole album has a very similar feel, with the exception of My Wild One, which is the least sounding ‘wild/punk’ track on the album, despite the title! The song reminds us of a Coldplay-esque slow rock-ballad and this again was another lovely surprise from the band and could be a taster of what we could expect from their third album, perhaps? Perhaps the best of their work is yet to come from them, which a very exciting thought for the listener. The album is a very snappy 30 minutes long. We would have loved to have heard a few more tracks on the album, because we’re just going to have to hit play again when My Wild One finishes. What a smashing second album release, there is definitely no hint of ‘second album difficulties’ with this album release. Sharks go on tour throughout May, playing at many cities and towns across the UK and we can’t wait to see them performing live, as all the songs on this album would sound fantastic.
In this article:Selfhood, Sharks