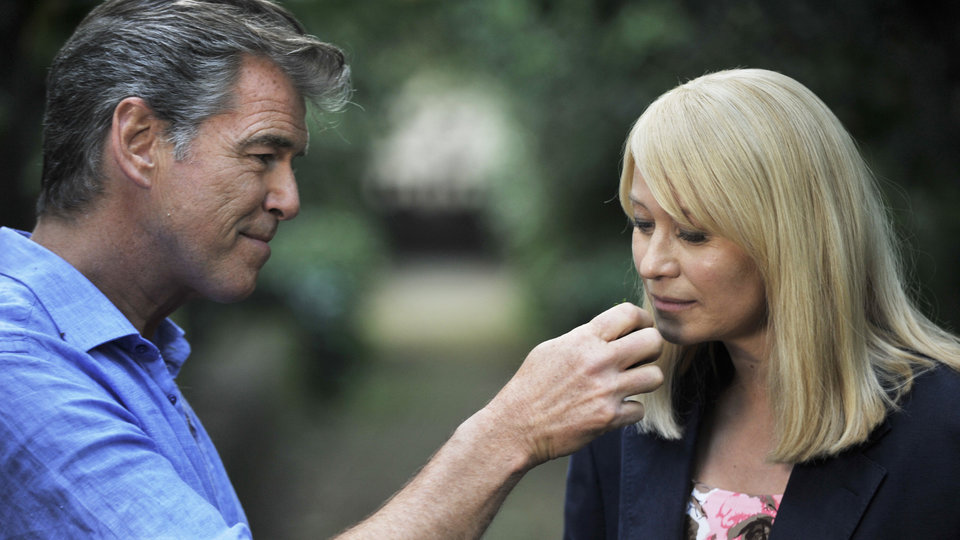 Ida (Trine Dyrholm – A Royal Affair) is in remission from cancer when she finds out that her husband has been cheating on her. This coincides with the wedding of her daughter Astrid (Molly Blixt Egelind- Rebounce), so she decides to go to the wedding and put aside her personal problems for the time being. Whilst on-route, she has a chance encounter with a grumpy but sincere businessman named Philip (Pierce Brosnan – Goldeneye). The two are complete opposites but soon find out that they have much more in common than they think.

Love Is All You Need is the new romantic comedy from Susanne Bier. Featuring an all-star cast mixed with fresh, new European talent, this is a joy to watch from start to finish. It’s a story that playfully dances between drama, romance and comedy with purpose and knowing guile. It crafts a quite classic take on a genre too – something that makes a refreshing change from the usual, overworked and boiled-down Hollywood attempts we have become accustomed to.

Any romantic comedy/drama is only as successful as their leads. Get that wrong and the whole dynamic of the film shifts gear. Love Is All You Need nails its central paring so well, it’s hard not to fall in love with the film. Pierce Brosnan, still re-establishing his career after his successful Bond stint, personifies Philip with a performance layered with texture. He is a great romantic lead and easily handles the comedy when needed. He also shares great chemistry with Euro royalty Trine Dyrholm.

Dyrholm hands in a very brave performance here that is the beating heart of this sweet story. Her illness is handled with just the right amount of sentimentally and is never played up. Her natural comedic timing is perfectly suited, especially when the film features some quite hilarious situation-comedy i.e. the car crash at the airport. She completes the trifecta with a sweet and hopeful approach to the romance, something that endears her to the audience instantly. She easily sells the film on her sparkling dynamic alongside Brosnan too.

The supporting talent are all great with Molly Blixt Egelind a particular highlight as the hopeful bride-to-be Astrid. Paprika Steen steals all of her scenes as an over-friendly admirer to Brosnan and is frequently the funniest person in the movie too.

Love Is All You Need is sumptuously shot and uses some breathtaking locations. Set in a lush lemon grove in Sorrento, this proves to be the perfect setting for this sweetly affectionate tale of love and second chances. Sun-kissed and romantic in every frame, the locations add a new dimension to the film and blanket this gem of a movie in picture-postcard heaven.

Love Is All You Need is a wonderful romantic comedy that hits every one of its targets. It’s unabashed but knowing approach to the romance is both commendable and believable. The setting is gorgeous and crucially, the comedy aspect is given room to grow and naturally flourish out of realistic situations. With an amazing cast to boot, Love Is All You Need really is one of the best romantic comedies of the year and should not be missed.