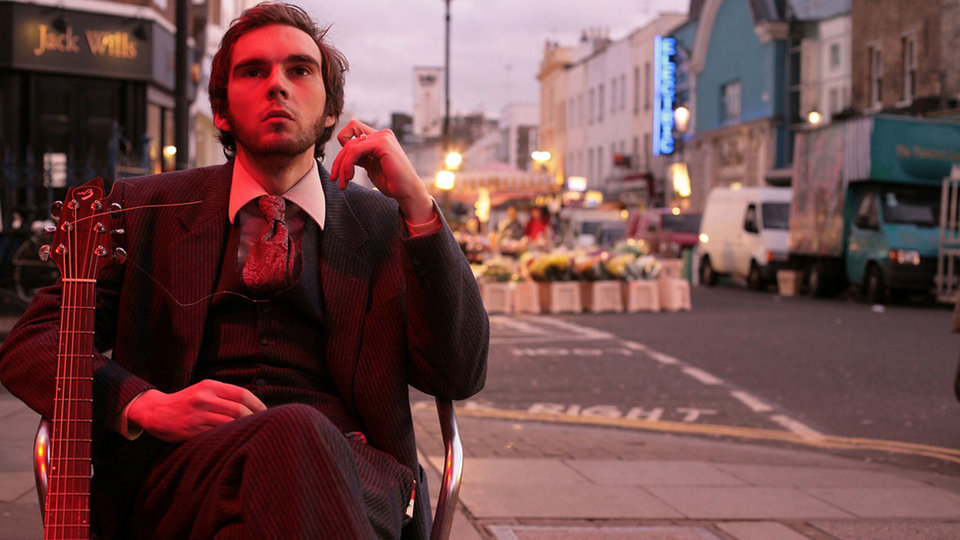 Jon Byrne was first spotted by none other than Clash’s Mick Jones when he was buskin on Portobello Road. Since then Byrne won Glastonbury’s Leftfield Best New Artist Award and won many admirers including Billy Bragg, I am Kloot’s Johnny Bramwell and John Cooper Clarke. The artist was also booked by Jones for his Carbon Casino nights and performed and recorded with Mick and his mates both on stage and in the studio.

Jon Byrne’s second album Built By Angels is all about falling in love, marriage, parenthood and deep cleansing of the soul.

Advertisement. Scroll to continue reading.
In this article:Jon Byrne