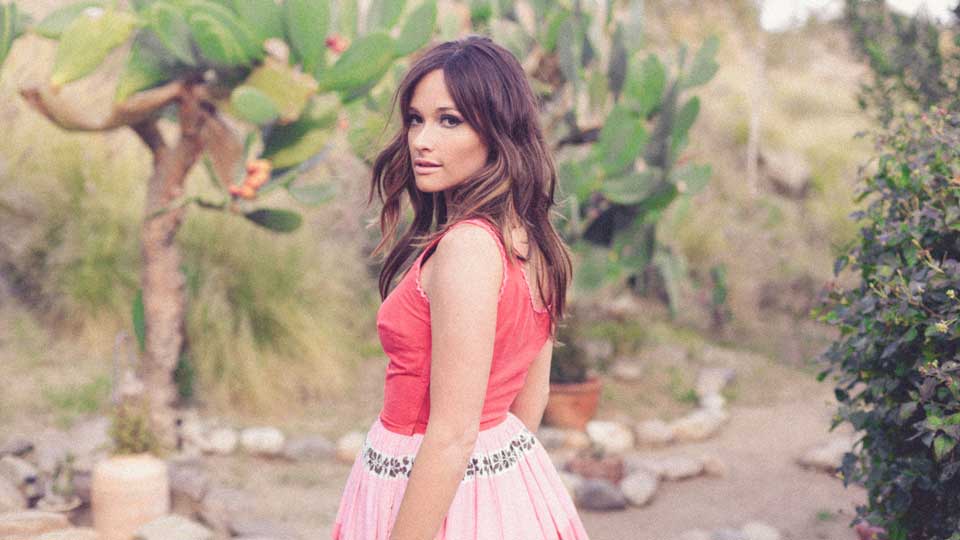 Kacey Musgraves is proof that hard work does eventually pay-off. Despite only being 24-years-old, Kacey have been releasing music since 2002 starting with her debut release Movin’ On through CDBaby. Since then she’s released two more albums Wanted: One Good Cowboy in 2003 and the self-titled Kacey Musgraves in 2007. Having been on the independent trail for years, Kacey inked a deal with Mercury Nashville in the US for her major label debut Same Trailer Different Park.

In the US Same Trailer Different Park debuted at the top of the country album chart and landed at number 2 in the Billboard 200. Kacey has seen her profile rise rapidly thanks to contributing one of her songs to the hit ABC series Nashville. Undermine, recorded by Hayden Panettiere and Charles Esten on the show, has been one of the highlights of the show to date. Now it seems Kacey is getting success in her own right and she’s ready to bring her album to the UK.

Whilst country music doesn’t set the charts on fire this side of the pond, there’s something so undeniably charming about Kacey Musgraves that you can’t help but be drawn into her sound. Over the course of Same Trailer Different Park, Kacey draws on a variety of styles including folk-country, rockabilly and blues-rock. The album’s lead single Merry Go ‘Round finds Kacey singing over a banjo riff as she observes modern life in rural America. Taking a nursery rhyme sensibility (and name checking a few along the way) Kacey injects some humour into her quite serious observations as she sings, ‘Momma’s hooked n Mary Kay, brother’s hooked on Mary Jane, and daddy’s hooked on Mary two doors down’.

Her lyrics are part of her appeal and she’s certainly a gifted lyricist. The rockier Sheryl Crow-esque Blowin’ Smoke highlights our nature to hope for more whilst never intending to do a great deal to change our situation. As Kacey sings ‘we all say that we’ll quit someday, when our ship comes in, we’ll just sail away, but we’re just blowin’ smoke’ we can count the amount of times we’ve found ourselves doing just that. Society has adopted the attitude that life will come to them rather than having to go out and make things happen. On the feisty Step Off Kacey sticks it to someone who will do anything to drag others down as they desperately try to get to the top (‘Just keep climbing that mountain of dirty tricks, when you finally get to the top, step off’).

Kacey has a knack for telling it how she sees it too. On album highlight Follow Your Arrow she advises you to do whatever you want because whatever you do there’ll always be someone to criticise you. The song’s lyrics will inspire a generation and couldn’t be more timely when gay marriage is constantly in the headlines. Kacey sings ‘kiss lots of boys, or kiss lots of girls, if that’s something you’re into’ in such a carefree way that you can’t help feeling she’s got wisdom way beyond her years.

Elsewhere on the album Kacey muses the acceptance of a casual fling on album closer It Is What It Is, the virtues of living in a trailer on My House, and is determined to find the good in a situation on opener Silver Lining. Our favourite moment comes on Keep it To Yourself where Kacey tells a former lover that she has no interest in hearing how he’s feeling expressing desire to just move on and get on with her life.

Quite honestly we could name check every song on the record and explain why it’s so brilliant. We’re not going to do that as we suggest you get yourself a copy of the album and find out for yourself. Kacey is the voice of a new generation and she simply has to be heard. Her lyrical wisdom is inspiring and refreshing, and she’s certainly an exciting new voice in country music. Same Trailer Different Park has the potential to define a generation in the way that Alanis Morissette did with Jagged Little Pill. Let’s all hail Kacey Musgraves for her straight-talking wisdom, fantastic songs and undeniable talent.