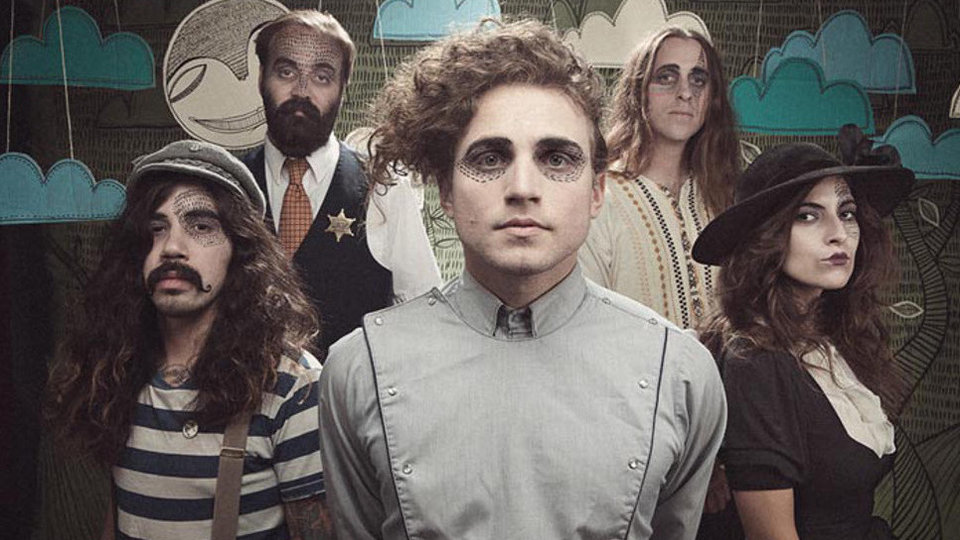 Hailing from San Diego, The Burning Of Rome is an eccentric band with Adam Traub at its center. The band follows no particular trends and is happy to just showcase the music it likes. Over here The Burning Of Rome has already released single Norman Bates and the album With Us is next. Here are our thoughts.

If the names of the songs are anything to go by then The Burning Of Rome sound like mad scientists. The first track on the album is Ballad Of An Onion Sprout and just like its name it is full of wonder and fun elements. There are bells, eccentric melodies, plenty of sound distortions and with that come some heartfelt vocals. The song ends on a high and feels like a great start to the album.

Next up is Little Piranhas, which unlike the fish seems rather fun and unthreatening. The lyrics certainly add to the fun factor and bring a smile to your face with their playfulness. The song itself is good too, it has quite a lot of drama in it and sounds like the type of track you’d here in a good Western movie.

Livening things up a little is Cowboys & Cut Cigars with its soaring guitars and metal sound. The track if far edgier than previous songs and really gives a good lift to the album with its big sound.

Single Norman Bates is homage to the character and the song itself is quite special. There is something quite musical about the track with its theatrical harmonies it feels like the kind of song you’d hear in the theatre more than on the radio. But Norman Bates is full of surprises and once you hit the clever chorus you are hooked and then comes the most bizarre bridge but it all works.

Another song that catches our ear is the infectious Island, which is one of those tracks that will make you swing your head side to side with a smile on your face. This is also quite theatrical and heavy on melody so of course highly enjoyable! Why Can’t I Stop Killing My Friends? picks things up where we left off with another good melody and dreamy vibe.

Traub is a movie buff and as such writes music about his favourite films, characters and one of them is Audrey II from Little Shop Of Horrors. Audrey II is quite a sweet little a ballad with snippets of the movie on it, which give it that little something special.

With Us ends With The Universe Is Made Of Nonsense a big tune with a lot of soaring guitars and character.

What we like about With Us is that even though it is quite adventurous all the tracks on the album work well together. The music is really ‘pretty’ and clean and is of the feel-good kind. We certainly recommend this album its worth a listen.

Advertisement. Scroll to continue reading.
In this article:The Burning Of Rome