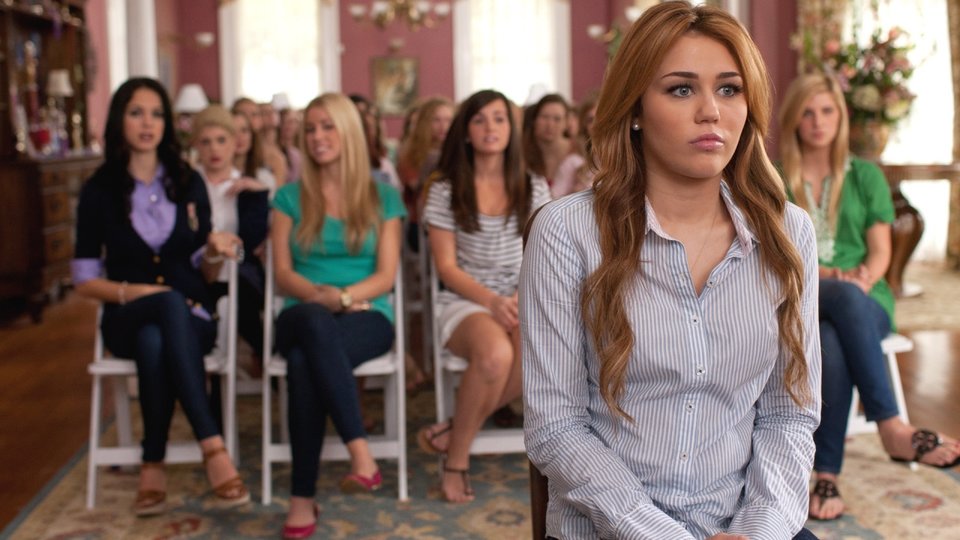 Molly Morris (Miley Cyrus – Hannah Montana: The Movie) is a twenty-something private eye who is sent undercover by the FBI to protect the daughter of a notorious criminal. Now going under the alias of Brooke Stonebridge, Molly has to infiltrate the college sorority house. In order to do that she has to change her ways from a wise-cracking, streetwise girl to being polite and sophisticated. But along the way Molly doesn’t encounter on falling for the charming Nicholas (Joshua Bowman – 13Hrs)

Miley Cyrus has already made a huge impact on children television with the massively popular Hannah Montana, so no one can deny that she doesn’t know how to play to her kiddie audience. The problem with all young child stars is they want to move on and do other projects, to get away from the stereotyping they feel they have doing children’s shows. Here Cyrus is clearly trying to straddle the two areas by appealing to her fan base, but also moving into more adult focussed films. The problem therein lies that this film doesn’t know who it’s appealing to; it flops from one style to another and doesn’t know how to make it work.

Cyrus certainly does her best in the lead role, but when you compare it to some of her work on Hannah Montana, it falls vastly short. That’s not to say she doesn’t get to kick butt a small bit and she look like she loves it. It’s a shame because she probably deserves more from the script.

The other problem with So Undercover is that it’s all gloss and shine, from the way it’s been filmed on HD digital to make the colours more vibrant, down the all the females looking incredibly full of make-up and wearing high-end fashion clothes (even when they are meant to be at a slumber party). Also it seems like there was a special offer on teeth whitening, as everyone has the brightest set of teeth seen on film. The whole film comes across as all too cutesy for anyone to really want to see more.

The film has a supporting cast that features Kelly Osbourne, who is one of the better actors in the entire film. She has lost a lot of weight recently, and it seems that this happened throughout the making of this film as she constantly looks thinner in each scene. We are huge fans of Jeremy Piven, so we were hoping  he would add a bit of acting credibility, but he is on screen for no longer than fifteen minutes and has some of the worst lines in the film. We aren’t sure who put him in this film, but Ari Gold from Entourage would be shouting at all and sundry about it.

So Undercover feels more like a TV movie of the week on a children’s channel than a full blown release. It struggles to choose who it’s aimed at, and as such it becomes a bit of a mess. The storyline is all too familiar as it’s a blatant rip off of Miss Congeniality, and never establishes its own tenure.

In this article:Jeremy Piven, Miley Cyrus, So Undercover