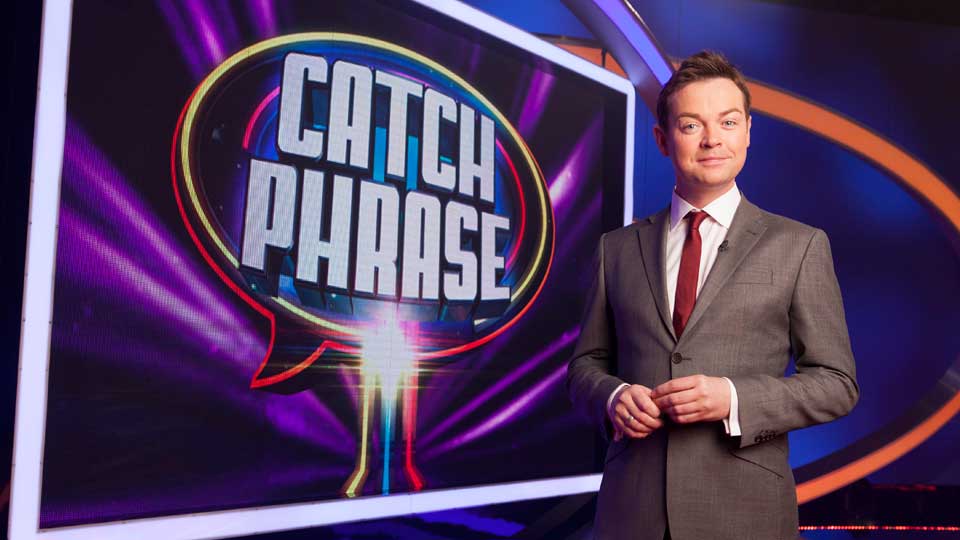 Catchphrase will return to our screens next week, and with it a brand new host!

Stephen Mulhern will be stepping into Roy Walker’s shoes, and bringing his own special catchy phrases with him!

The nine-part series will see three contestants go head-to-head each week in a bid to identify hidden, familiar phrases represented by state of the art 3D graphic animations.

The brand new series will also see one contestant eliminated after the first round, leaving the other two to battle it out to reach the final. The contestants will also be able to bank cash in exchange for Catchphrases if they guess correctly ahead of their opponents. One contestant will then face the new Super Catchphrase roudn for the change to win a massive £50,000!!

There will be a celebrity special too, with Coronation Street star Kim Lomas, I’m a Celebrity…Get Me Out Of Here contestant Rosemary Shrager and Benidorm’s Steve Pemberton taking part.

Catchphrase returns to ITV on Sunday, 7th of April.

In this article:Catchphrase, ITV, Stephen Mulhern