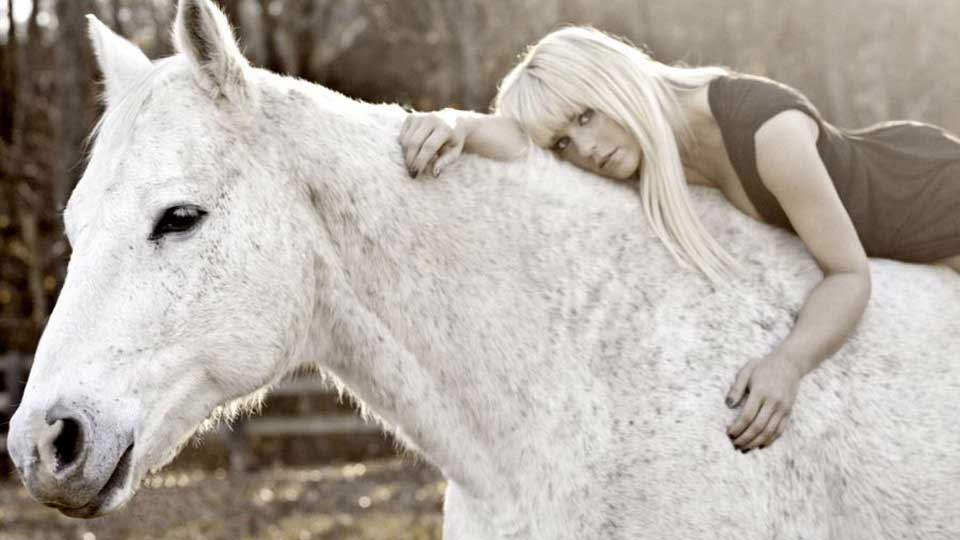 Since we went to Country To Country, the first ever country music festival to appear at The O2 Arena in London, we’ve become pretty obsessed with seeking out the best country music to share with our lovely readers. A new country star that has come to our attention is Canadian born, American raised Jaida Dreyer. The rising star has scored two hits on the US country charts (Guy’s Girl and Confessions) and is currently promoting her new single Half Broke Horses. She’s also just released her debut album I Am Jaida Dreyer.

In the current country market it’s easy to compare every female country star to the uber-successful Carrie Underwood. A country purist would tell you that Carrie isn’t a real country star due to her pop overtones which aim for the mainstream as well as the country charts. Well step forward Jaida Dreyer who has taken a more traditional approach to country music and can easily shrug off any comparisons with Carrie. Firstly her voice has a husky quality that is undeniable country with an endearing drawl that drips off the end of her phrasing. Secondly her music isn’t quite as mainstream taking more traditional country song structures as the basis of her melodies.

I Am Jaida Dreyer opens with One of Those Guys, a mid-tempo track with a steady beat about picking the wrong guy over and over again despite warnings from various family members and friends. She justifies her decisions singing, ‘I’m that kinda girl’ suggesting she likes to live outside the lines. As you listen through the album it becomes evident that Jaida isn’t a girl you want to piss off as she’s pretty feisty and we’re sure she can hold her own in any situation.

First single Confessions is a pretty ballsy uptempo number with Jaida giving an ex-boyfriend a two-finger salute as she tells him he couldn’t handle her. The rock-tinged stomp of Cocaine finds the singer comparing being with a lover to being addicted to the illegal white powder whilst the jumpy rhythms of If That Ain’t Love mix whimsy with a sing-a-long chorus.

Jaida does showcase her more vulnerable side on the record. The acoustic ballad If That’ll Make You Love Me shows that she may not be quite as feisty as she likes us to think; well not all the time anyway. She tells a lover that she wants to stay with him but accepts that it may not be what he wants as she tries to force herself to move on. The song is one of the most emotive on the record and shows Jaida’s versatility. Current single Half Broke Horses is another emotional moment with Jaida singing about the loss and change. It’s a beautiful song and a strong choice for a single.

Our favourite moment on the record comes on the infectious Put Your Boots Back On which has a storming chorus and is about moving on when you get your heart broken. Jaida’s message is to get on with your life and stop dwelling on why it happened. It’s inspiring and we imagine lots of her fans will find comfort in the hold your head up high style lyrics.

Jaida Dreyer is our favourite new country discovery. Her voice is distinctive and her songwriting is relatable. With songs this good and a debut album this strong it would seem the sky is the limit. It’s been a while since there’s been a real breakout female country singer and we think Jaida is up to the job. If you like your country music with a healthy dose of real life stories then you’ll love this record.

Advertisement. Scroll to continue reading.
In this article:Jaida Dreyer