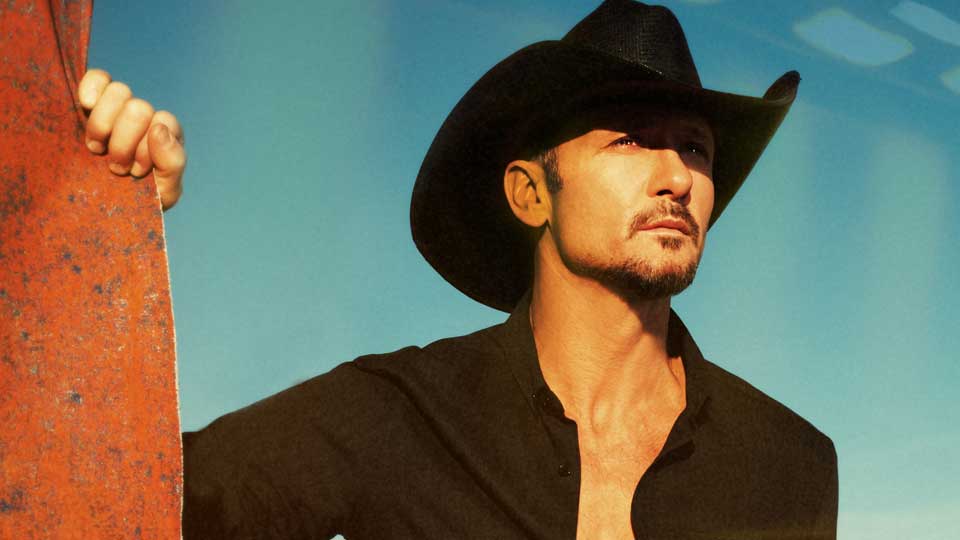 Tim McGraw’s success story is certainly an impressive one. With 14 US Country number one albums under his belt and 21 number one singles, it’s amazing to think that he played his first ever gig in the UK last weekend as part of the first ever Country To Country festival at The O2. Despite country not getting much of a mainstream fanbase, or airtime, here in the UK it’s incredible to think that the country star has never performed here in his 20 year career. We think McGraw’s profile is set to soar here following a triumphant debut show and the release of new album Two Lanes of Freedom.

Two Lanes of Freedom is McGraw’s debut for Big Machine Records following a falling out with former label Curb which resulted in lawsuits. Now free from his contractual obligations with that label, McGraw seems happy and optimistic with more control over his career than he’s ever had before. The title of the album itself suggests that McGraw feels his future is wide open and in his hands now the path is clear and he is no longer restricted.

The title track opens the record with McGraw declaring ‘no red lights or stop signs around for miles’ clearly referring to his legal issues with his previous label. The track mixes country with rock sensibilities, something that McGraw has done throughout his career, whilst his country drawl is as distinctive and endearing as it’s ever been. In the UK the album’s lead single is the acoustic melodies of Nashville Without You rather than the tour-de-force Truck Yeah. Nashville Without You is a gentle introduction to McGraw leaning a little more towards folk than balls-out country. It could do well on some of the less commercial radio stations and is a beautiful song. Hopefully Truck Yeah will be a single further down the line as it’s one of the strongest tracks on the album. McGraw proves that his time collaborating with hip-hop/R&B stars such as Nelly and Ne-Yo hasn’t been time wasted as he switches up his verse delivery impressively.

Two Lanes of Freedom showcases lots of different styles of country music. Perhaps the most traditional country-sounding track on the record is album closer Let Me Love It Out Of You which is infused with a bluesy beat. Highway Don’t Care featuring Taylor Swift on vocals and Keith Urban on guitar is the current US single and is the kind of radio-friendly country that has secured McGraw so many hits over the course of his career.

Elsewhere on the record McGraw mixes a lot of acoustic-driven melodies into his songs like on Book of John and the emotive Number 37405. It’s Your World combines pop sensibilities with country whilst Mexicoma fuses indie-pop with country rock for a thigh-slapping gem of a track.

The best moments on the album come when McGraw plays with his vocal delivery. His voice is so country that it’s hard for him to step too far away from that genre but songs such as One of Those Nights show that he can push the boundaries within it. The off-beat delivery of the vocal sounds fantastic and the track is one of our favourites. The ballad Friend of a Friend is another highlight showcasing more in the way of vibrato throughout which highlights the strength of McGraw’s vocals.

Country music doesn’t get a fair chance here in the UK and we really do hope that’s going to change. All we ever get is the watered down country, or country that is remixed to within an inch of its life (yes we’re looking at you Shania Twain). Tim McGraw is an incredible artist and it’s about time he replicated his success in the US over here. Two Lanes of Freedom could be his most accessible album to date and we hope it leads to more touring over here. Once you see Tim McGraw live you’ll be addicted.

Is the term ‘redneck’ a slur, a historical description or just a mindset these days?