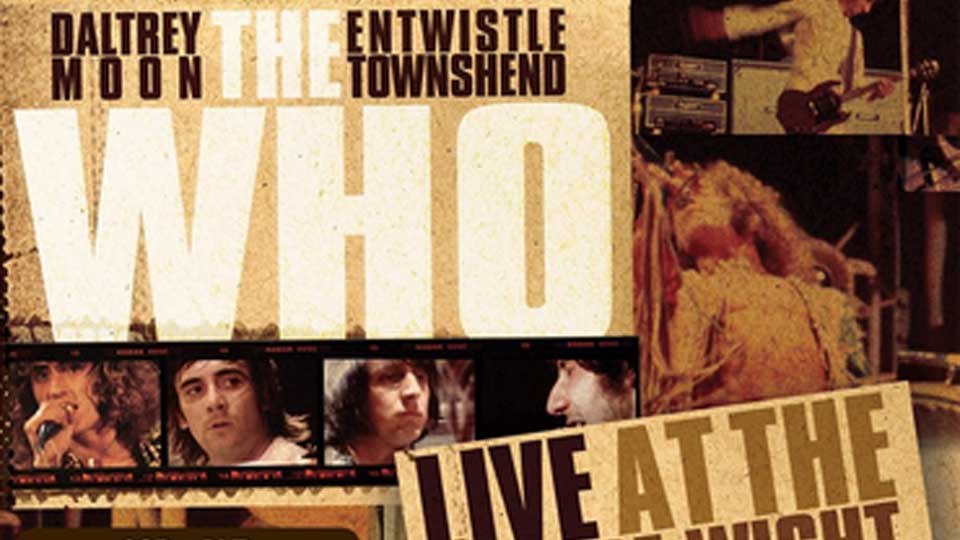 At 2:00am on August 30th 1970, a crowd of 600,000 people at the Isle of Wight Festival were about to be in for a spectacle and a rare one-off event. For one of the greatest British rock bands that have ever been, were about to go on-stage to give one of the most memorable concerts of their career. The set combined some of their greatest hits up to that point, including songs such as with a blistering run through the epochal Tommy and some new songs earmarked for their next album.

Academy Award director Murray Lerner was there to capture the event for eternity and more recently, Pete Townshend personally supervised the remixing of the sound. We can only imagine what it must have been like to have been there. Heaven and Hell, It’s A Boy, Amazing Journey, I’m Free and Pinball Wizard all sound completely amazing on this record. There are 18 songs on the CD and each and every one takes you back to that festival and trying to imagine what it would have been like, to have been there. The songs have passion, talent and raw magic written all over them. They are mesmerising songs at the core and perfect for all music-lovers.

As Townshend has since said, that at the time, The Who were at the very top of their game as a live act during this concert. This is clear to see, from listening to the songs on this album, or from watching footage on it on the television. The Who are still gaining new fans to this day and their fantastic My Generation song, was one of the highlights in Danny Boylle’s spectacular Olympic ceremony opener, in last summer’s Olympics. Rightly so too. Imagine the greatness of writing songs that stand the test of time. That is the making of try classics and The Who are a shining example of how to write those types of songs.

The album is a rare treat and it is quite simply, all highlights. There are no other words to describe it. The DVD that accompanies the album, shows Townshend commanding the stage in his workmans clothes, all portentous power chords and windmilling right arm; John Entwhistle is poker-faced and steady as a rock in a striking skeleton custom; Keith Moon, with his incessant banter, flailing like a madman volcanic blonde hair tumbling over his bare chest as he viciously twirls his microphone. This is the undiluted, absolute power of The Who at their peak, live. What utter brilliance!!

Advertisement. Scroll to continue reading.
In this article:The Who