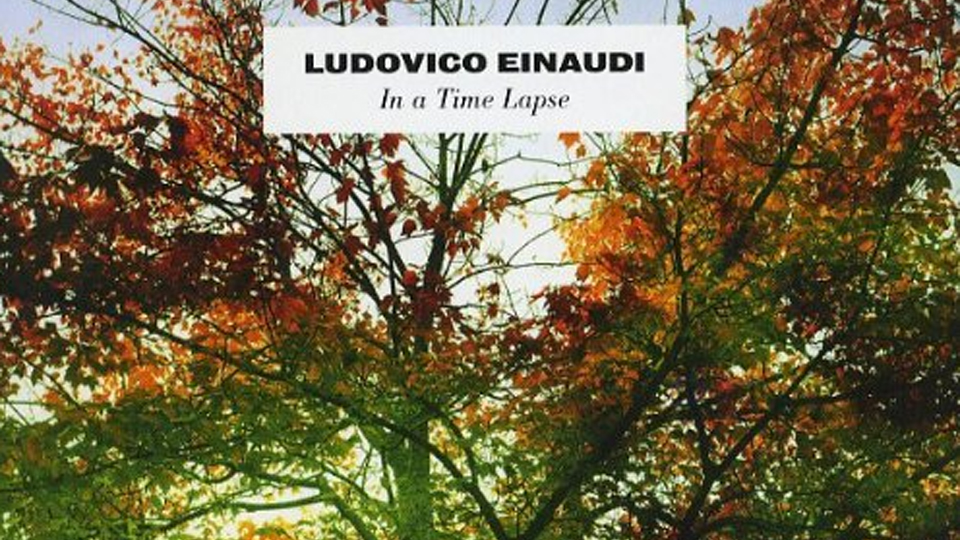 Classical pianist and composer Ludovico Einaudi returns with a new album, In a Time Lapse, that’s as sumptuous and mesmerising as his previous works.

What Einaudi does so well it to create and sustain atmosphere using often simple melodies, and as with the preceding Nightbook, In a Time Lapse sees his most of his piano performances accompanied by orchestral strings.

The first piece, Corale, opens with long, slow cello notes in a minor key mirrored by violin. As with much of Einaudi’s work, it sounds like a cinematic score and is one of the shortest pieces on the album. The titular Time Lapse is more familiar Einaudi territory, introducing the piano, and it recalls Nightbook in its quick pace and slowly building melody. Arguably, it’s not as successful as its predecessor since it burns with a sustained light over five and a half minutes rather than ever igniting into life, and stops short of delivering its full promise.

After a dreamlike opening, Life sees piano and strings alternate in carrying the melody, until they combine half way through, and suddenly the album hits the majestic heights Einaudi is famed for. There’s something magical about the combination of strings and piano and Life exploits the harmony perfectly, with a bit of rapid fire Irish-jig fiddle playing thrown in to good effect. It’s classic Einaudi.

Walk is something of a weakness. It’s pretty but insubstantial, and acts as filler after the sublime Life. There are times when Einaudi comes close to producing bland background music, and it’s the few instances of such under-par offerings that stop this album short of being hailed as a classic or as his best work.

Things are undeniably back on track with Discovery at Night, which returns to placing the piano at the centre of the music, which it carries solo thanks to an inspired, beautifully fragile melody. It bleeds into Run, which, despite its title, certainly doesn’t hit the ground apace. It’s a gorgeous slow-burner, building midway through to some of the best stringed orchestration on the album. It’s a dizzyingly beautiful track.

Brother succeeds where perhaps Walk falls short. Its minimalist melody nevertheless touches a nerve and stirs the emotions. It launches into a fast-paced segment part way through, and although its musicality is simpler and barer than Run, it nevertheless moves rather than merely diverts. One of the most intensely beautiful tracks is Orbits, which employs magnificent sustained cello notes to create a truly haunting, intensely poignant effect.

A similar effect is created in Two Trees, where the music describes the movement of branches in a breeze. It’s another track where Einaudi has the confidence to use less as more, until a detailed score is crafted from a simple melody.

One of the longer pieces on the album is the near-eight minute Newton’s Cradle, which is the track in which Einaudi lets rip with some melodramatic bombast (it’s redolent of Nightbook’s The Tower), as he creates something edgy and demonic.

Waterways returns to calmer seas. It’s probably a little overshadowed after the attention-grabbing Newton’s Cradle but its pleasant marriage of piano and string is more representative of the rest of the album.

In a Time Lapse certainly goes out on a high. Experience is a divine track, and amongst the strongest on the album, creating drama from fast and high strings. Contrastingly Underwood is about as chilled out as the album gets, though once again Einaudi finds beauty in simplicity. Rounding out the album is Burning, in which Einaudi pulls no punches, but delivers a showstopper with all his trademark stamps in evidence.

The overall effect is an extremely beautiful album, intensely so at times, with simpler piano scores than many of his previous works.

Einaudi has a unique and distinctive sound, and at times hits great heights of spellbinding emotional richness with this album. There are nevertheless a few weaknesses that feel a tad formulaic, or repetitive of past glories. Nonetheless, there’s plenty of great new material for Einaudi devotees to enjoy, and a few classic tracks to make this another must-have album from an ingenious composer.