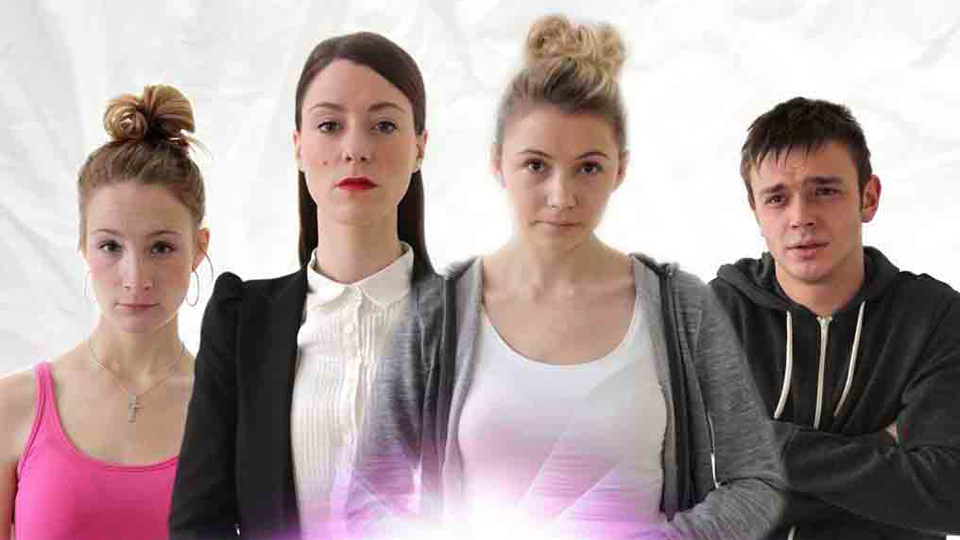 The Deep Space, now playing at the Old Red Lion Theatre, is a startling and provocative piece of new writing by actress and playwright Lila Whelan.

The themes are heavy. The events of the play take place in the aftermath of the death of two children. With their devastated mother Sam (Abbiegale Duncan) in custody, we learn through flashbacks the story of her relationship with her husband Liam (Oliver Yellop) and the events that led up to the tragedy as she confides in psychiatrist Caitlin (Lila Whelan).

The delicate subject matter is, thankfully, handled with sensitivity and credibility. The Deep Space is an excellent debut play, and Lila Whelan shows great promise as both playwright and actress. It’s a very cleverly-structured piece, seeding red herrings along the way and offering some startling twists and turns up to the final scene. The thematic darkness permeates beyond the immediately apparent issue of child death as we learn more about Sam’s life, and The Deep Space acts as a valid commentary on relationships and the power play between the sexes. Far from being arbitrary, the revelation of the relevance of the title is ultimately one of the piece’s most shocking moments.

The Deep Space is a hard-sell to a male audience, since the men represented in the play don’t come out of it very well at all, and with nothing good to say about the male sex it’s hard to separate this from a proxy view of men in general. A few of the flashbacks are perhaps unnecessary too; most especially Sam’s telephone call with her parents (which involves an awkward doubling up of parts). It would perhaps have been more powerful to have Sam’s parents act as off-stage characters with our conceptions of them changing the more we learn about them through Sam.

The performances are strong, and bring out a lot of subtlety and drama from the text; but Abbigale Duncan could perhaps dig deeper for the emotional truth of Sam’s moments of anguish to resonate more vividly. She excels at playing the sassy and humorous side of Sam’s nature. Sarah Fraser does an excellent job of supplying some necessary comic relief as Sam’s quirky religious friend Kay. Oliver Yellop isn’t given the easiest task playing Sam’s husband Liam, but he embodies the character with sufficient charm to never render him entirely unlikable, or at least, to a point. As the snappily-dressed psychiatrist, Lila Whelan is an assured on-stage presence throughout the show, though perhaps finding a moment to smile would have humanised her businesswoman as much as her powerfully-played moments of anger.

The Deep Space has a lot to recommend it. It is a challenging play, but it’s a well-crafted piece of writing that is both thought-provoking and relevant. In the intimate setting of The Old Red Lion Theatre, you’re always close to the action: close enough to respond to the moments when the drama becomes electrifyingly intense, as it does rewardingly often. (One word of advice on the venue is to grab a cushion if you can. The pews are a little unforgiving on the backside after a while. )

The Deep Space comes to The Old Red Lion