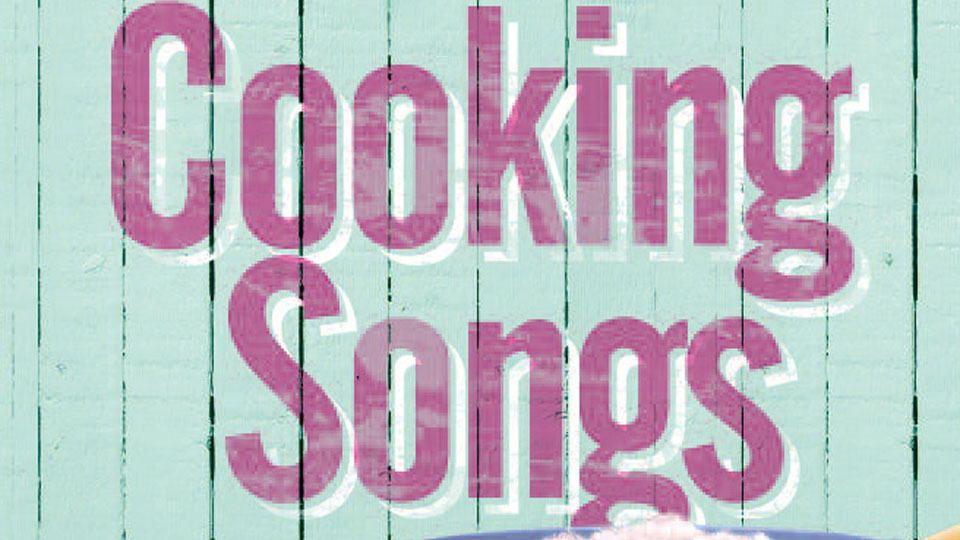 We’ve seen some tenuous compilations in our time but Cooking Songs may top them all. The three disc release contains 54 songs that should help you pass the time whilst master-chefing in the kitchen. Included with the release are a selection of recipes from top celebrity chef Gino D’Acampo to help inspire some magic in your culinary efforts.

Scanning over the tracklisting it’s hard to see how these songs were deemed the right ones to cook by but we’ll go with it. Obviously music is a very personal and subjective thing so if commercial chart-friendly fodder isn’t your favourite genre then you probably won’t enjoy cooking along to these songs at all.

The order of the day here seems to be mostly uptempo, pop music from the last twenty years or so. There a few exceptions of course such as The Weather Girls’ inescapable hit It’s Raining Men and Dolly Parton’s classic 9 to 5. The album kicks off with Olly Murs and Flo Rida’s number one collaboration Troublemaker (which still sounds like a Maroon 5 homage if you ask us!) before hurtling through a poptastic journey that will satisfy most pop lovers.

There are plenty of pop highlights across the compilation to justify your hard-earned cash. The ever-present singalong that is Journey’s Don’t Stop Believin’ is included, as is The Bangles’ Manic Monday, Shakira’s Hips Don’t Lie and Outkast’s infectious Hey Ya! Other highlights include Will Young’s Leave Right Now, Lady Gaga’s Poker Face and Kelly Clarkson’s anthem Stronger (What Doesn’t Kill You).

There’s a few welcome surprises on the collection. Train’s Drive By is an unsung gem as is Amelia Lily’s quietly fantastic You Bring Me Joy. We’d also forgotten how brilliant Natasha Bedingfield used to be before she flew off to the US never to be seen again.

We’re a little unsure as to why some of the slower songs were included. We like Celine Dion’s Because You Love Me but would we want to bake a delicious cake to it? Probably not.  Similarly are we going to make the best Beef Stroganoff whilst sobbing away to Leona Lewis’ Bleeding Love? We doubt it.

All-in-all Cooking Songs is a fairly arbitrary collection of songs but it’s decent enough to keep our attention and get us singing. Whether or not we actually play it in the kitchen remains to be seen but there’s no denying it’s a fantastic tour around the world of pop. We fear we’d spend too much time dancing and singing rather than cooking if we did put it on in the background.

Advertisement. Scroll to continue reading.
In this article:Cooking Songs