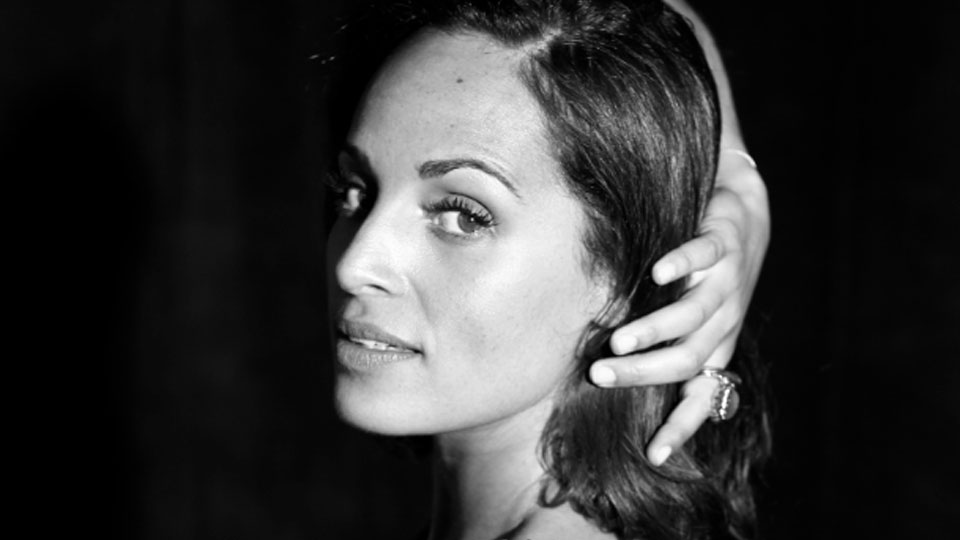 Emilia Mitiku has a huge hit in 1999 with her single Big Big World which charted around the world.

It may have seemed like she’s been quiet since then but the Swedish singer has enjoyed lots of success in her homeland. Now she’s ready to take on the UK charts again with the release of new album I Belong To You.

We caught up with her to talk about the record, find out what she’s been up to and discover what she has in store for the rest of the year.

Hi Emilia, there is so much positivity surrounding your new album and we keep hearing nothing but good things about it. Can you tell the public what the album is about, for those that are yet to hear it?

It’s a fantastic feeling to hear that. It’s a relief to hear that too, as we’ve been working on the album for three years and we’ve been planning the songs. We’ve been working for hours and hours on it. There have been a lot of ups and downs and we were asking: are we crazy putting in so much time into making the album? But in truth, we wanted to make a beautiful album, with beautiful songs and we’ve nick-names this album ‘vintage pop’, because it is pop music and Anders is a pop music fan and I’m a pop singer! But the album is a lot of story-telling songs and we do flirt a little bit with music from the good old days too.

Your album is out now, how do you feel about that?

I just think- finally! I saw the album for the first time the other day actually and I’ve longed for the day when we get to release it to the public. I’ve got a lot of followers on Facebook and on Twitter and on other social media networks and I know that they’ve been looking forward to it being released, so here we are!

What process of making an album do you enjoy the most?

Ooh. Well, I enjoy the whole process. Our first sessions in the studios and discussing ideas was a lot of fun. When Anders approached me and said hey, I think you have more material in you than you think, that made me think that way too. We gave the album a lot of time and there was no stress. We drank wine, we listened to other albums and we got inspired and it all came together. We put our cards on the table our and all our life-stories came out and I think that when we recorded the first demos, they felt quite powerful.

As your new album has just been released, should we keep an eye out for a UK tour, or series of dates that we can come and see you perform?

Yes, I’m doing a couple of shows in London on the 12th at the Hippodrome and on the 19th, I’ll be playing in the Troubador. Then I’ll be back at the Hippodrome on March 6th. I’m getting invitations form different places around the country, I can’t give exact details on further shows – but watch this space for more news!

What was it like working with Anders Hansson and the Nashville great Sharon Vaughn on the album?

It wasn’t a regular lyricist/producer/artist collaboration. We were like three teenagers! We felt like we could do whatever we waned to! It was a lot of fun and we’d drink wine and discuss ideas. I have a lot of faith in Anders, I trust him 100% and he brings out the best in me. With Sharon, obviously my first language isn’t English and with her being American, that made me a better person and lyricist, because she is just amazing and out connection was great, we’ve become great friends. I wish I had her life experience, but I don’t – but I learned a lot from her.

You’re Not Right For Me is currently record of the week at Radio 2. Was there a particular person that you wrote this about, that you can tell us about?

Well, I have to say that I am 35 years old and it would have been strange if I hadn’t have experienced getting my heart broken. There was a time when I thought that I had met Mr. Right and I thought that I wanted him to be my life partner, but I was wrong – but he was a wonderful man. I’m very happy that I did fall in love with him as he was a part of my life and he changed me. It was tough for a while, but he wasn’t right for me and I did love every millimetre of his body and his passion – being a musician like me. After that relationship, it took me a while to get back to myself and I had to re-set myself not to love him and to continue living. I wouldn’t have had these feelings had this not happened to me. But, I’m OK now and I’m married!

Your father is the pioneering Ethiopian jazz singer, Teshome Mitiku. In what way has he influenced you and your music?

I guess it’s just in my DNA. He doesn’t talk so much, he just listens to music. He’s a real artist – he sleeps in the day and wakes up at night. I’ve gotten to know him more and more as I have got older. I really appreciate him now and I can call him and he’ll have real answers for me. He’s a great support for me now. We tried working together but it didn’t work it out – as I do pop music and he does jazz.

Your 1999 smash-hit Big Big World was a massive success. How did you cope with the attention that it brought you at the time?

It was phenomenal, I had a year – two years experience that every female dreams of, if there dream is to be a pop star. It wasn’t productive for me as an artist, it was a bit draining and superficial. I was only just becoming a woman and entering this world where there was no parents telling me what to do. I survived it and it’s an experience and it was super cool when it happened. But it’s a little strange way to start a career, it would have been nice to have built that up little by little, rather than starting out at the top the first time around.

In what way have you changed as an artist, when you look back to that time – in comparison to who you are, as an artist today?

I do a lot more practising now and I work on my vocals almost every day. I didn’t know this back then and for me, my voice has matured, it has more colours and the music that I’m doing now is closer to my heart. I am different, it would be strange not to have changed in 15 years, you know?

You have covered Dream A Little Dream by Ella Fitzgerald on this record, why do you like this song so much?

It’s been done millions of times, but it’s a song that if it comes on when you’re in a coffee shop – it’s a good feeling. It’s a beautiful song and it’s still as relevant and current in this day and age and I wanted to make a beautiful version of it, with some great strings without having to compromise the song and I wanted to do it justice.

We guess that it is right to say that the music of Etta, Ella, Eartha and Billie have all inspired you. What is it about their songs that make them so special to you?

I’ve always been fascinated by them. I read a lot of biographies and these female artists really speak to me, as I can relate to them in many ways. I wasn’t around in the 1950’s and I’m amazed as to how they managed to stay sane and make beautiful music. I feel connected with them, I feel like an old spirit in many ways. I would love for my vintage pop to open up people’s eyes and ears to this type of music.

What are your hopes and plans for the year ahead?

My hopes are that the album is going to do well and that I get to do lots of live gigs. I’ve just put together a band and we’ve had some great rehearsals, so I hope that we get as many possibilities to perform as possible. I know that nothing comes for free and I have a great team, who really believe in me and together we can create a great plan for a great year.

Emilia’s album I Belong To You is out now.

Advertisement. Scroll to continue reading.
In this article:Emilia Mitiku