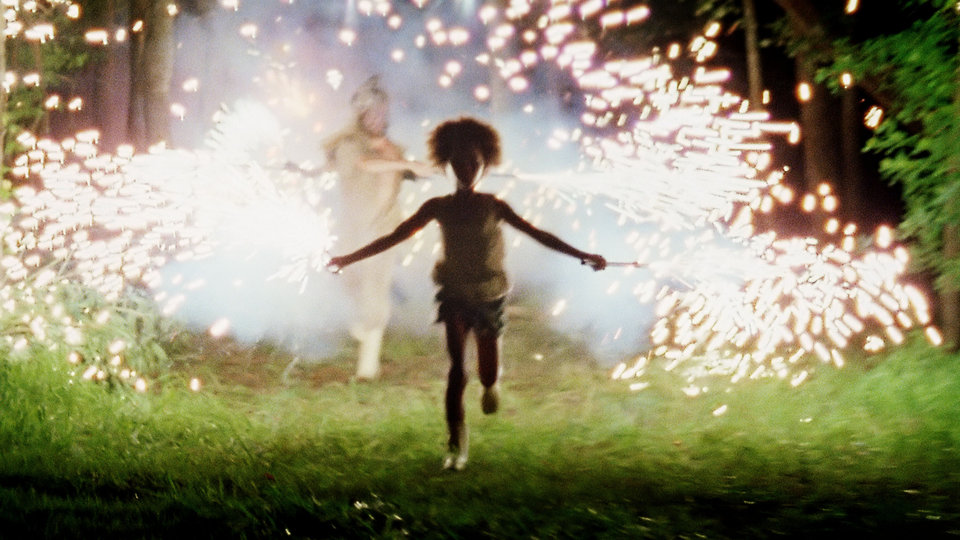 Six year old Hushpuppy (Quvenzhane Wallis) lives with her father, Wink (Dwight Henry), in the American southern Delta community. Wink is an alcoholic and delivers tough love to his daughter to prepare her for when he is not around, but when he contracts an illness at the same time as the hundred year storm arrives, it’s left to Hushpuppy to do everything she can to help, even trying to keep clear of the prehistoric creatures called Aurochs.

Beasts Of The Southern Wild focuses on a life that most of are not aware of, and wouldn’t even be able to relate to. Yet the film completely drew us into the Delta basin way of life – living day to day, on the edge of losing everything.

Part of that life is living amongst some of the most beautiful Southern American landscapes known to man and the cinematography does an amazing job to bring these sights to the screen – large open fields to small and intricate walled-in premises.

The Aurochs that appear occasionally do strike a great fear into the lives of the residents, and also the viewer, as they run through the landscapes trampling down anything in the way.

Quvenzhane Wallis as Hushpuppy makes Beasts Of The Southern Wild comes alive thanks to her performance. It’s difficult to imagine this is her first ever role and she was only six years old at the time. Her sublime and compelling performance is amazing, moving between inquisitive, scared and humourous with ease. Her finest moment comes when she has to try and escape a house fire, all the time being so scared to move. It is heartbreaking to see someone so vulnerable so paralysed with fear.

Beasts Of The Southern Wild is wonderful and heartbreaking all at the same time; it’s difficult to comprehend how many emotions this film runs through. With a wonderful lead performance from Wallis that is better than most Hollywood actresses today, she enables this film to be a true gem.

Advertisement. Scroll to continue reading.
In this article:Beasts of the Southern Wild, EE BAFTA