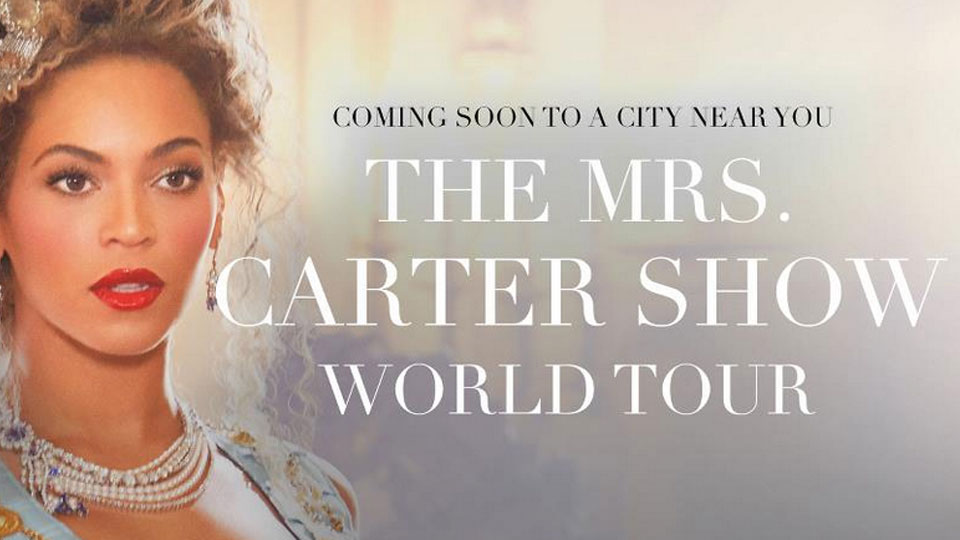 Titled The Mrs. Carter Show World Tour, this new tour kicks off on April 15th in Belgrade, Serbia before taking in 46 dates across the UK, Europe and North America. It’s is expected that Beyonce will have released a new album by the time the tour kicks off with a new single said to be imminent.

In the promos for the tour Beyonce is dressed as the Queen looking every inch the glamorous diva we’ve come to know and love.

O2 customers in the UK can get priority tickets from 9.30am on 21st February, 48 hours before the general onsale on 23rd February.

Watch the trailer for The Mrs. Carter Show World Tour: