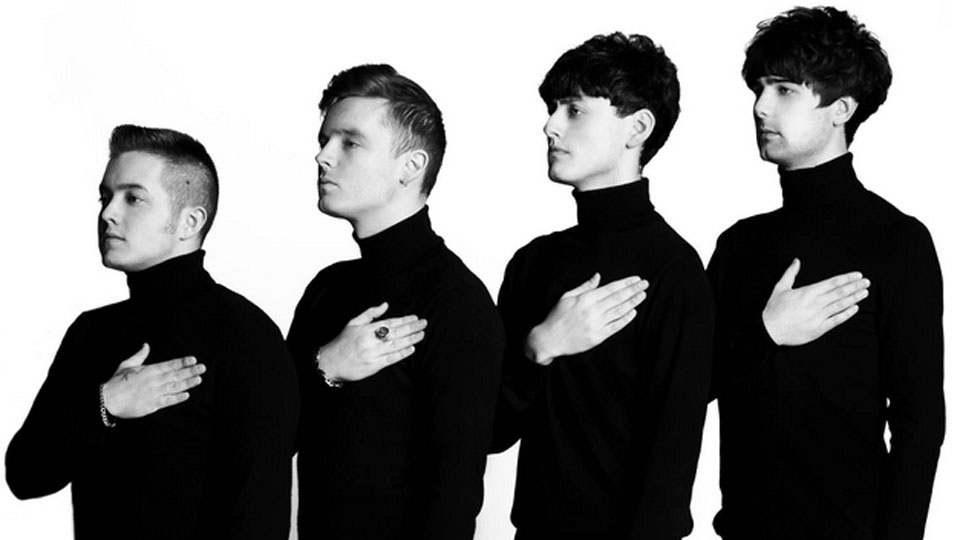 The Heartbreaks are back with a new EP, called Hand on Heart. We say new is a loose term, as it features two of the songs that were on their debut EP Funtimes, which was released last May. The difference with this release, is that the songs contain more strings. Lead vocalist Matthew explains: “we’ve always had a kind of intrinsic sense of drama, but with the addition of strings we were able to truly articulate a feeling of being widescreen, cinematic. Something conceptual that would take our music beyond its usual guitar and bass sound”.

Hand on Heart is the opening track. When you start listening to the song, it reminds you of a different era. It sounds like it could have been recorded in any of the last few decades – it would fit into any of them. That’s not to say that it sounds dated, but it certainly feels as if it’s been plucked from another generation. Matthew’s voice is distinct and strong. It is quite a catchy number. Big, gushing guitars litter the track and it has quite a lot of energy.
Up next is Why Do You Always Make Me Cry? It’s a rather sorrowful number. Matthew’s accent can he heard quite clearly on this track, and it suits the song, although in parts the vocals could have done with a re-take. It’s a rather melancholy and reflective song. The song doesn’t really pick up off the ground for us. It’s what you might describe as OK, or nice enough to listen to in the car. You might not turn the radio channel if the song came on, but you might be unlikely to turn it up either. It feels like it goes on for a little too long too – repeating itself over again.
The guitar sounds a tiny bit scratchy as the track Jealous, Don’t You Know opens up. As the title suggests, the song goes on about feelings of inadequacy and insecurity. The additional cello piece is a nice touch to the track. Again, this song does get a bit repetitive once you’ve listened to it.
Close the Curtains, oh! is a rather whiny track to begin with, but picks up in the middle. Comparisons to The Smiths could be made with this band – with the sombre lyrics, yet likeable tunes. But there is a lot of complexity with The Smiths, which The Heartbreaks have not yet cracked. The orchestration on the track is pretty good, but the song just doesn’t really go anywhere for us.
We’re feeling pretty good with life and the January blues never happened for us. We’re certain that many people are going to really enjoy their songs, it’s just that they weren’t for us. They do show a lot of potential though and they have great musical ability. We do look forward to what they might offer us in the future and we have a feeling that they might be hiding some belters up their sleeve for us, in the future. We would like to hear some more up-beat tracks from them in the future releases – we’ll just have to wait and see if they will give us some!
In this article:The Heartbreaks