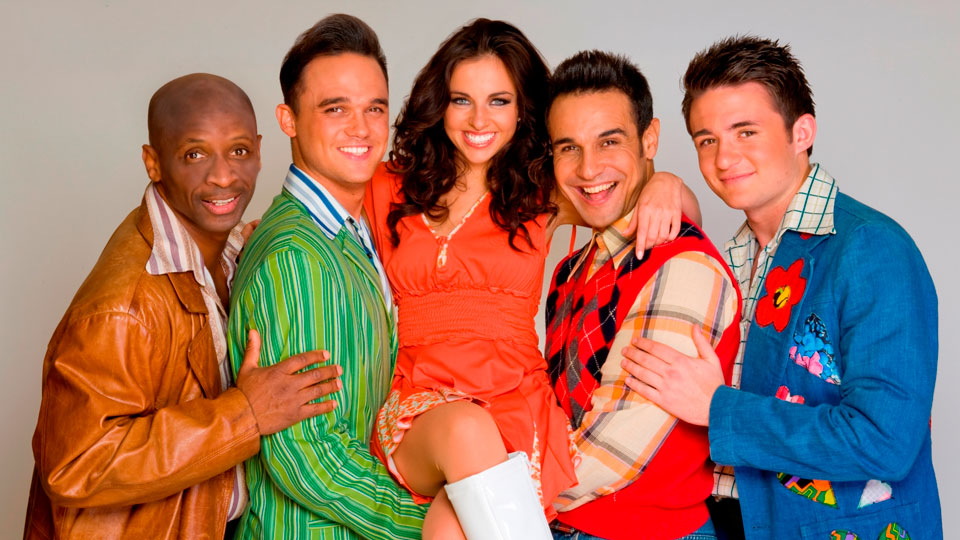 Boogie Nights – The 70s Musical in Concert is playing at the New Victoria Theatre in Woking with an all-star cast on Friday 1st March.

The Osmonds, Gareth Gates, Louis Lytton, Andy Abraham, Chico and Shane Richie Junior will all take to the stage as a remixed concert version of the ultimate party show. Conceived by Jon Conway and Shane Richie in 1997, the show was a West End hit and has completed 5 UK tours.

The Osmonds will return from the USA as special guest stars, performing not just their own hits such as Crazy Horses and Love Me For A Reason, but also a range of classic hits.

Jimmy Osmond first appeared in the award-winning Boogie Nights in 2004 and now for the first time ever he and his brothers will appear in a musical together. Jimmy says; “I’m thrilled to once again be a part of the amazing energy of this great show. My brothers, Merrill and Jay and I had so much fun on our 2012 record-breaking tour, I’m excited they have agreed to join in on the fun and continue the party! They are really looking forward to doing a little something different than our usual concert appearances.”

With a cast of 15 musicians, singers and dancers, Boogie Nights – the 70s Musical in Concert features all your favourites from the original show including Y.M.C.A, Happy Days, We Are Family and Boogie Wonderland!

You can book your tickets by heading to www.atgtickets.com/woking