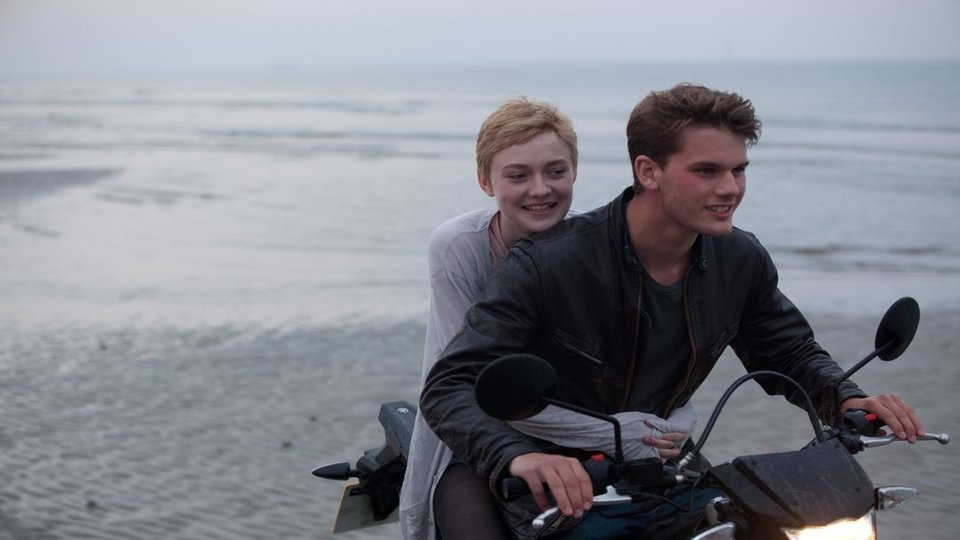 Tessa Scott (Dakota Fanning – The Secret Life Of Bees) is your average 17 Year-old teenager interested in having fun, spending time with her friends and finding her first true love. But for Tessa these things are far more precious and meaningful because she has leukaemia. As she battles her illness she longs to live life to the fullest but with a caring father (Paddy Considine – Blitz) and absent mother (Olivia Williams – The Sixth Sense) at constant loggerheads, she is struggling to find peace. Tessa soon strikes up a relationship with the boy next door, Adam (Jeremy Irvine – War Horse) and finally starts to feel alive. But as love beckons her prognosis worsens and with it the hope of a normal life.

Now Is Good is based on the best-selling novel ‘Before I Die‘ by Jenny Downham. The name change was certainly needed – for a big-screen adaptation to hold any chance of drawing in an audience it needs to be less fatalistic even though we all know how this one is going to end. Now Is Good is near perfect emotional drama that won’t leave a dry eye in the house. As mentioned before, you know where this story is going and you can work out from the poster art alone how this will all end but that still doesn’t stop Now Is Good from being a clever, astutely-written and deeply involving experience that will hold your attention from start to finish.

In the very capable hands of screenwriter and director Ol Parker, Now Is Good knows exactly how to get the maximum amount of emotional investment from its audience. Parker, who was behind this year’s other big surprise hit The Best Exotic Marigold Hotel, knows his audience but never talks down to them – quite an achievement given that this story could very easily have just played it by the numbers. Instead Now Is Good is a rewarding watch that contains flawed but truthfully written characters that are rounded and easily relatable.

We’ve all seen good, emotionally-charged performances but it’s been quite some time since I’ve felt so attached to a character as Tessa Scott – that’s squarely down to a career-best performance from Dakota Fanning. The young actress has grown up onscreen and has an impressive CV of work already but Now Is Good finds her in dazzling form. She easily convinces as an English teenager, she has that likeability factor that keeps you invested in the character during her shallower moments and she simply shines alongside Jeremy Irvine.

Fanning was already an established name but Now Is Good proves without a shadow of a doubt that this is someone who’ll be a true star for decades to come. Her performance has a maturity far beyond her years and she amazes in every frame by tackling this complex but vulnerable character with suitable guile and fragility.

Jeremy Irvine continues to build upon the momentum of War Horse and he easily convinces as the handsome boy next door Adam. Irvine and Fanning share a quite beautiful romance that easily sits as one of this year’s best on-screen partnerships. Theirs is a relationship that has ups and downs and is anything but conventional but both young actors do exceptionally well in selling the premise and the young love element.

The supporting cast are exceptional with Paddy Considine shining every time he is on-screen  He bounces off the equally impressive Olivia Williams who plays against type as an absentee mother who has little time to accept the harsh realities of her daughter’s situation.

Ol Parker has crafted a strong visual identity for this film. Having it set in Brighton provides the opportunity for many beautiful backdrops. The cliff scenes are always awe-inspiring and the clever use of lighting and shade evoke strong emotional ties to the locations as well as the characters. Throw in an impressive, pop-cultured title sequence and a hand-picked soundtrack from Parker’s own IPod and you have a film that hits almost all of its marks.

Now Is Good is unabashed romantic drama at its weepiest. Cynics need not apply, there’s nothing for you here. If on the other hand you like a well structured drama that plays to its strengths and isn’t afraid to play the emotional card, Now Is Good is perfectly-executed sentimentality. With amazing performances throughout and a strong identity, this is a movie you really must see.